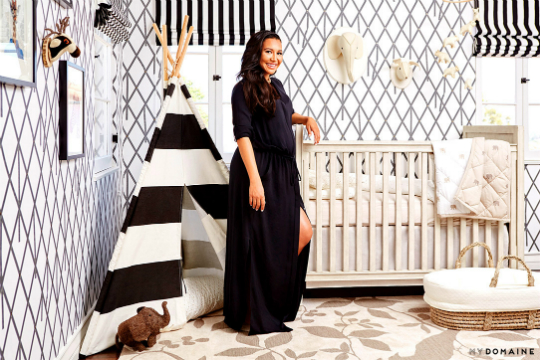 Building a nursery off a teepee tent? Now that’s something that ‘Glee’ star Naya Rivera would do. The actress tells MyDomain.com that her little one’s room, which is gender neutral, was built off the tent that she and husband Ryan Dorsey bought for their child.

“I actually was really inspired by the teepee and sort of built the room around that,” says Naya. “Then I stayed within the color palette of black, white, cream, and gray.” 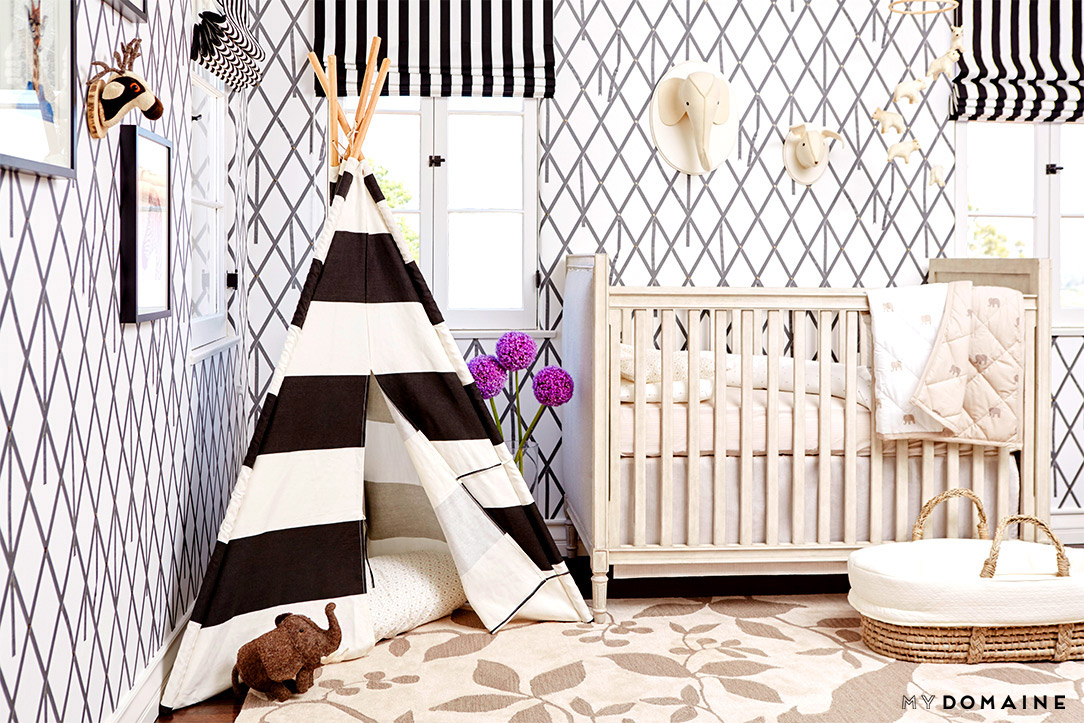 Rivera’s vision for her little one’s room was to create a serene environment that will grow with the child. She also purchased items that can be reused in the instance of her and Ryan having more kids. “Some of the pieces we got—like the changing table—are just great ‘adult’ pieces that can be moved to any room later down the line,” says the star.

In addition to the teepee that sits next to the baby’s bed, Naya has a bird chandelier hanging from the ceiling that is shaped like a cage and features imitation birds for added effects. “I love so many things in the nursery, but my favorite would have to be the bird chandelier,” shares Rivera. “It’s so fun and adds a pop of color and youth.” 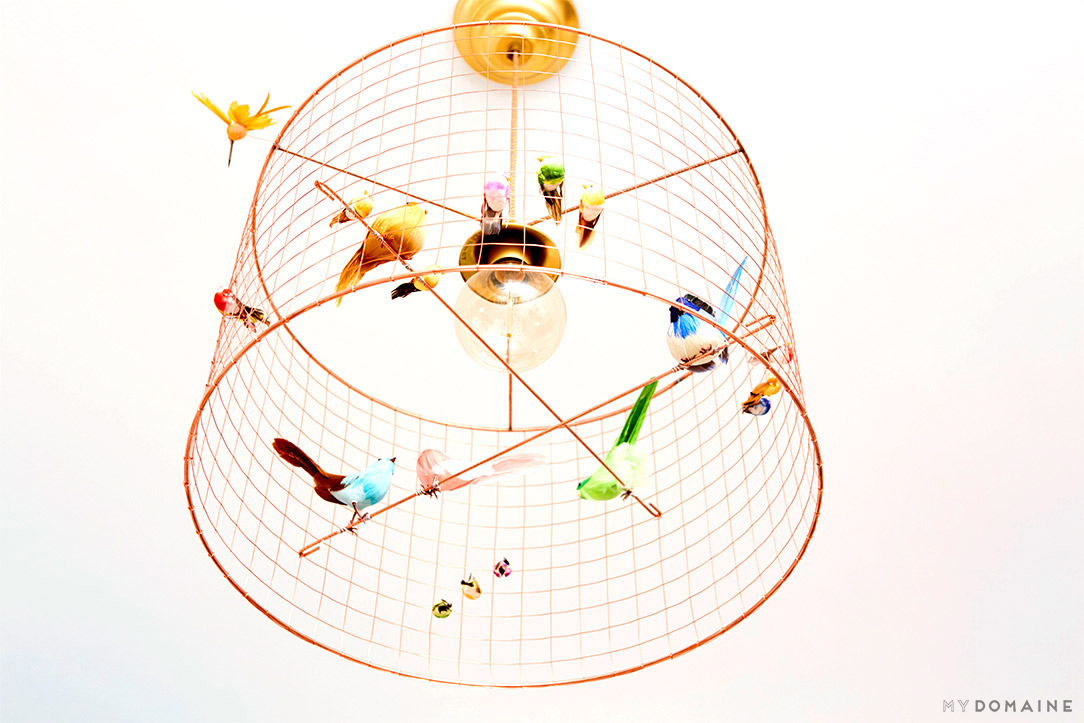 See more pictures of the nursery below. Naya Rivera and her husband are expecting their first child to arrive in coming weeks.