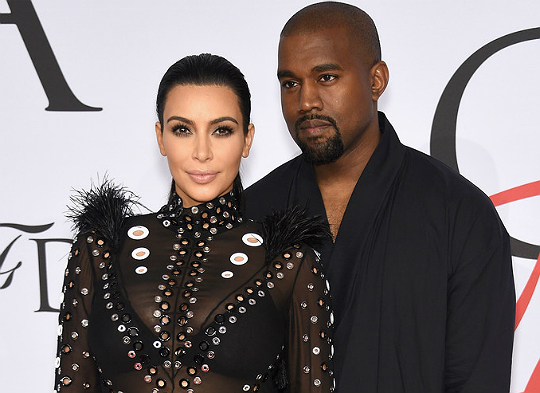 Reality TV star Kim Kardashian and husband Kanye West stopped by the CFDA Fashion Awards at Alice Tully Hall at Lincoln Center on Monday. The event was held in New York City and featured some of the biggest names in the industry, including Pharrell Williams and his wife Helen Lasichanh. Both Kim and Kanye were fashion forward, with Kim wearing a sheer gown custom-made by Proenza Schouler and Kanye sporting what was more than likely a pair of tennis from his Adidas collection.

The couple are expecting another child, and Kim is being very transparent about the pregnancy experience. “To be honest, I’ve had really bad morning sickness, day sickness, night sickness — I can barely get out of bed,” said the star to Us Weekly at the CFDA Awards. “It’s a very different type of pregnancy from my first one, but I’m so grateful to be pregnant when we didn’t even think it was going to happen for us [so] I don’t care how sick I am.”

Kim and Kanye are expecting their second child to arrive later this year. They are already the proud parents of a daughter named North who will celebrate her second birthday next month.

CONGRADULATIONS TO THE CLASS OF 2015 (MISSPELLING INTENDED)