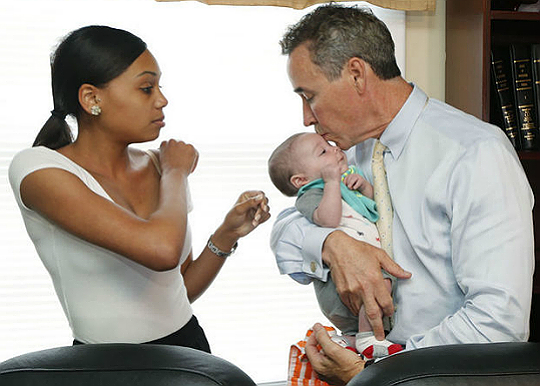 There have been many rumors floating around about Joe Morrissey lately. The former lawmaker was at the helm of an investigation a few years ago when it was revealed that he engaged in sexual intercourse with Myrna Pride, who was under the age of 18-years-old at the time. Myrna began as an employee at Joe’s law office and ended up being his mistress, according to several reports.

See what the attorney and United States Senate hopeful had to say about his family in this week’s version of ‘A Celebrity Baby Blog.’