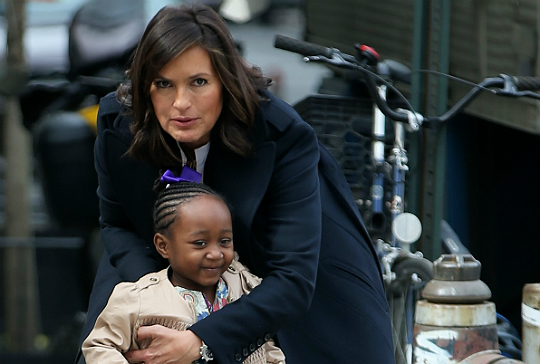 Amaya is a big fan of Taylor Swift, according to mom Mariska Hargitay. The ‘Law & Order: SVU’ star tells Seth Meyers that her daughter loves to hear the singer’s tracks in the morning.

Hargitay recently collaborated with Swift on the artist’s newest music video for her hit single ‘Bad Blood.’ Mariska was asked to be a part of filming after meeting Taylor at an event. “I met her at the Met gala and I was so uncool and she [was] like, ‘Hi, I like your show,'” says the actress. “I didn’t know that she was like the Second Coming.”

While Hargitay was unaware of Swift’s fame, she was conscious of her compassion after the singer offered to take the actress and her husband home on a different occasion where they were stranded in Queens, New York. “She was so sweet,” says Hargitay.

See what else the ‘Law & Order’ star had to say about her daughter and Swift below. Mariska Hargitay has three kids with husband Peter Hermann.