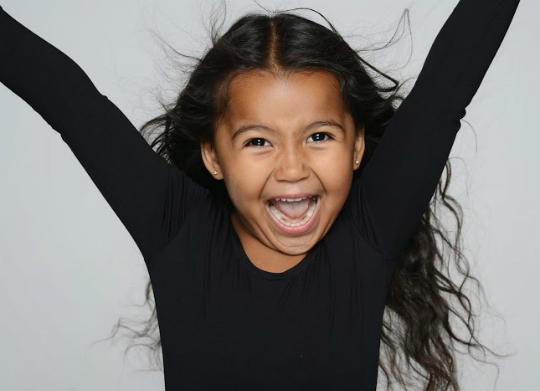 Have you heard Heavenly Jerkins sing lately? The 5-year-old can hold notes better than some people five times her age.

Joy Enriquez and husband Rodney Jerkins recently shared videos of their daughter singing, with the most memorable being footage of Heavenly performing at the Unstoppable Celebrity Gala in Century City earlier this year. Heavenly’s ability to hold out notes for several seconds in the video is incredible. Her passion for singing is evident as she uses her hands to drive home her lyrical message. Check it out!

Heavenly has also been filmed while singing at home. Rodney shared several videos of his daughter covering ‘War’ by Charles Jenkins. The little one is lively in the footage and, once again, holds out notes like a professional. “Heavenly Joy is up and working on her craft,” exclaimed Rodney. “[She is] on a mission to change the world with her big voice!”

It’s no surprise that Heavenly has a voice that is larger than life. After all, her mom is a famed singer who revolutionized the music industry with her superb vocals. In fact, Joy released a single called ‘Hallelujah’ in honor of Mother’s Day earlier this month. Watch the video here!

Joy and Rodney Jerkins have three kids together. See Heavenly’s rendition of ‘War’ below!