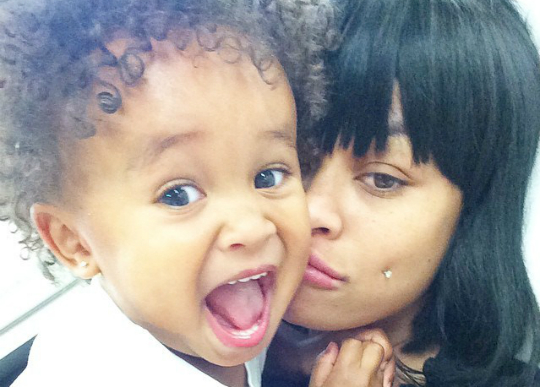 Blac Chyna is going for full physical custody of her son, King , according to TMZ. The media source alleges to have spoken with family friends who say that the entrepreneur is moving forward with legal proceedings.

“Sources connected with Blac Chyna tell us she hired a top divorce lawyer last week and will file legal docs asking for primary physical custody,” reports TMZ. “She does not want 2-year-old King Cairo bouncing from home to home during the week because he’s going to start preschool soon,” added the media source. Blac Chyna is also supposedly concerned about the company that Tyga keeps, namely in his girlfriend Kylie Jenner.

It was just a few months ago that Tyga was allegedly in talks with legal professionals for full custody of King after footage of Blac Chyna twerking with good friend Amber Rose went public. The rapper later diffused such rumors and continued to share custody of King with his ex-girlfriend.

Blac Chyna gave birth to King on October 16, 2012. The tot will celebrate his third birthday this year.