ZION MAYWEATHER ON FATHER’S VICTORY: ‘HE’S THE GREATEST FIGHTER IN THE WORLD’ 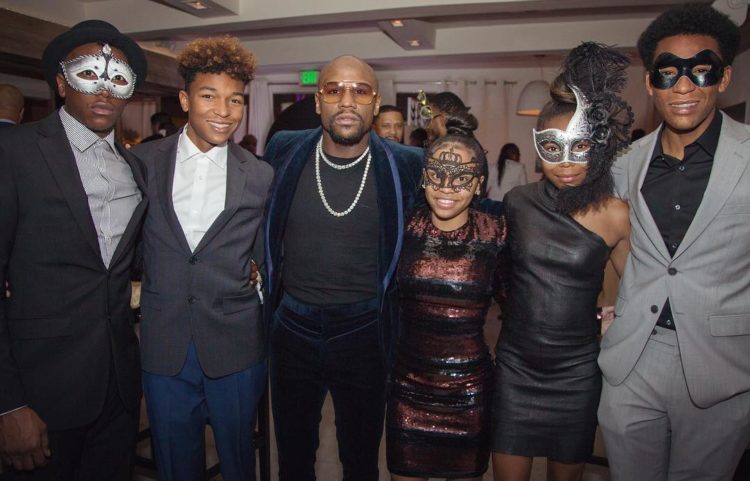 Floyd Mayweather was unanimously deemed the reigning welterweight champion of boxing after a lively match with competitor Manny Pacquiao on Saturday. The star athlete had his kids, along with other family members, in the crowd cheering him on to victory.

Zion told media that he believed that his father’s defensive style in the ring caused him to defeat the fierce Pacquiao. “I don’t think Pacquiao was more of a technical fighter to fight my dad,” said the youngster in reference to Manny’s aggressive style. “I think that’s the reason why my dad won,” added Zion.

Manny landed 81 out of 429 punches during Saturday night’s game, while Floyd connected 148 out of 435 blows. Mayweather told fans that he would be boxing for his children just days before the highly anticipated match. “I fight for my family, my children,” wrote the star on his blog. “I want to give them the best life possible, so I remember that with every fight and each victory is for them.”

Floyd Mayweather has four kids in all. Watch Zion’s interview after the match below.