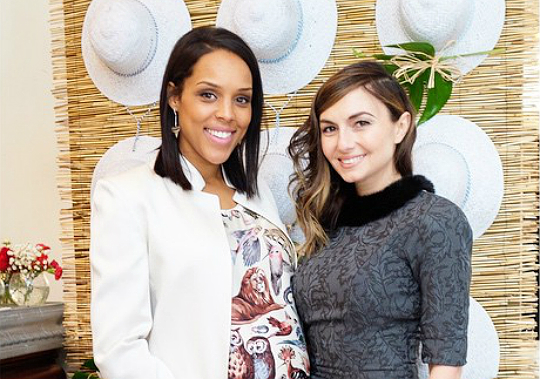 Great news! Dirk Nowitzki and wife Jessica are expecting a son to arrive next month. The NBA star’s wife enjoyed an animal themed baby shower earlier this week that was thrown by her close friends.

Jessica smiled wide as friends and family surrounded her with love. Kimberly Chandler, wife of Tyson Chandler, was in attendance as well as other celebrities who came out to wish the expectant mom well. “Love You @jmwanguo,” wrote Mrs. Chandler. “A Special Shower for a Beautiful Woman,” she added. Nasiba Adilova hosted the party, and gave her best wishes to the happy couple as well.

Dirk and Jessica welcomed their first child into the world nearly two years ago. The NBA player shared his experience with fatherhood just a few months after baby Malaika was born. “I just have to go with the flow,” said Dirk. “I really don’t know how it’s all going to play out. [Malaika] is actually sleeping pretty well already. She gets seven or eight hours sometimes and obviously we’ve got a little help sometimes, so I should be OK. I mean, I might be tired sometimes in practice, but I should be all right.”

Jessica and Dirk’s second child is expected to arrive near the end of March. The couple will celebrate their third wedding anniversary in July.

WILL SMITH SAYS '90 PERCENT OF THE FOCUS IS WILLOW'

WILL SMITH SAYS '90 PERCENT OF THE FOCUS IS WILLOW'