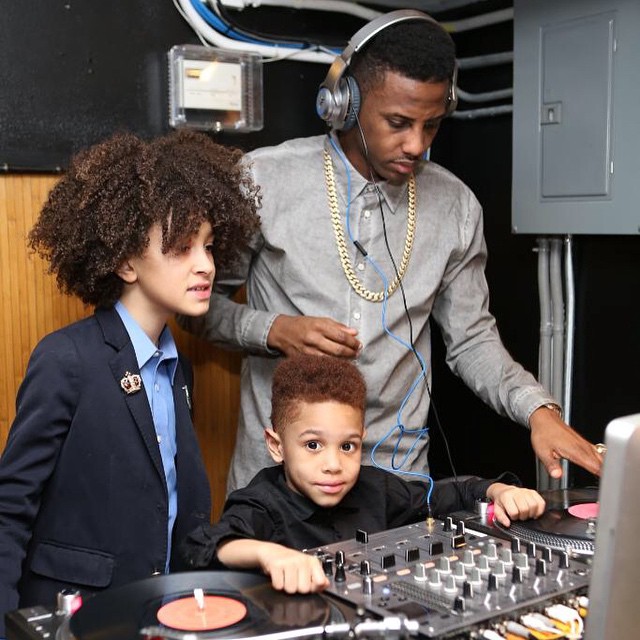 Flips Audio brand ambassador, DJ Fulano, hosted Spin Session at Dubspot studio last night, February 17th, 2015 presented by Flips Audio headphones. Many celebrities attended and brought their kids such as Fabolous and son Joso, Rebecca Minkoff and son Luca, Mashonda and son Kasseem Dean, and many more. Guests got the opportunity to get behind the turn tables and learn spin skills from none other than 11-year old DJ protégé, DJ Fulano.

Kasseem Jr., Mashonda’s son, appeared to be thrilled to take his creative abilities to another level. The youngster has already explored the fields of fashion and painting, so spinning records is just one more thing to add to his resume. Johan, Fabolous’ son, was also introduced to the craft. The little one appeared to be very excited to spin and mesh records with the help of dad. Each special guest left with their very own pair of customized, graffiti Flips Audio XB headphones.

DJ Fulano has provided entertainment for a number of popular events throughout the country. One of the most notable engagements that the tween takes pride in having worked is the 2014 Nickelodeon’s Kids Choice Sports Awards. DJ Fulano will celebrate his twelfth birthday in July.

RICHARD SHERMAN ON FATHERHOOD: 'IT'S BEEN A JOURNEY'