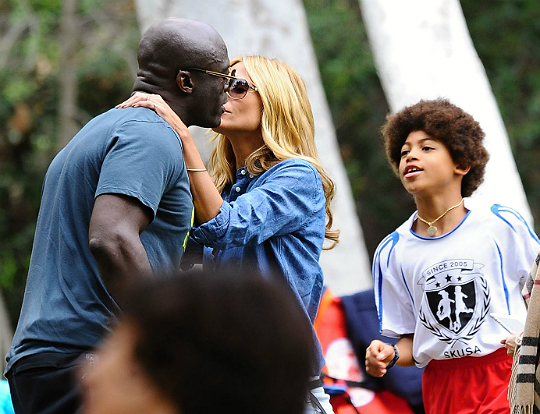 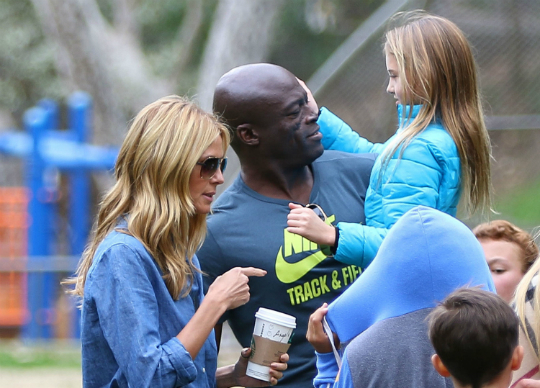 Heidi Klum and Seal are showing the world how to co-parent. The ‘Project Runway’ judge and the R&B sensation were photographed at their kids’ soccer in Brentwood, California on February 7, 2015. The couple were very friendly with each other but sat on opposite sides of friends as they watched their children play. 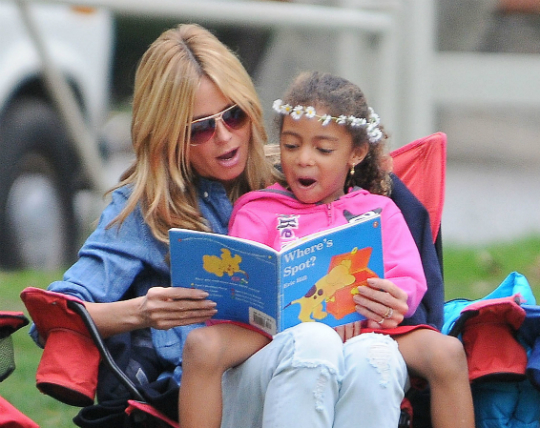 Heidi took time out to read to her youngest daughter, Lou, while Seal cheered on the other kids Lenny, Henry, Johan who played competitively. The R&B singer even let his eldest son, Henry, rest on his lap in between plays.