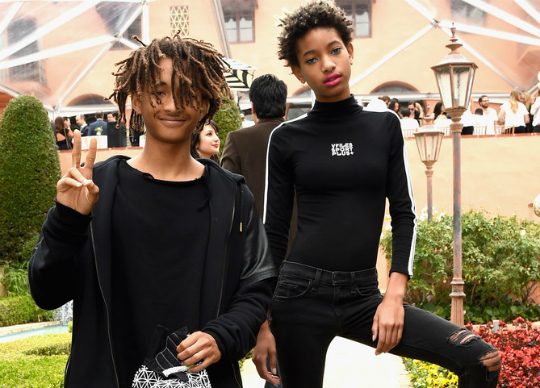 Before the Grammys there were parties throughout Los Angeles that ushered in music’s biggest night. Willow and Jaden Smith certainly didn’t miss out on the fun as they attended the Roc Nation brunch on Saturday, where they saw Kanye West live and up-close.

“I saw Kanye West,” exclaimed Jaden, who was more than thrilled to run into the rapper at the party. Willow was more serene as she hobnobbed with the stars. The teen did, however, break a smile when she took a picture with Jay-Z and Beyoncé. Willow stood a bit taller than Beyoncé, thanks to her black platform shoes.

We can always count on the Smith kids to bring their unique sense of fashion to any event. It was just a few months back that Jaden wore a rather interesting get-up to Kanye and Kim West’s wedding reception. His mother, Jada Pinkett Smith, later commented on her son’s choice of attire telling media, “When I look at a person who has the confidence to just do them, [I think] that kind of confidence rolls over into a lot of other things as they get older.”

Jaden’s self-assurance has certainly “rolled over” into other venues as he has explored acting and musicianship. In fact, the teen is set to star in an upcoming series called Brothers in Atlanta  that will feature him as a free spirit who always has money.

Will and Jada Smith have two kids together. Check out more pictures from Willow and Jaden’s pre-Grammy celebration below! 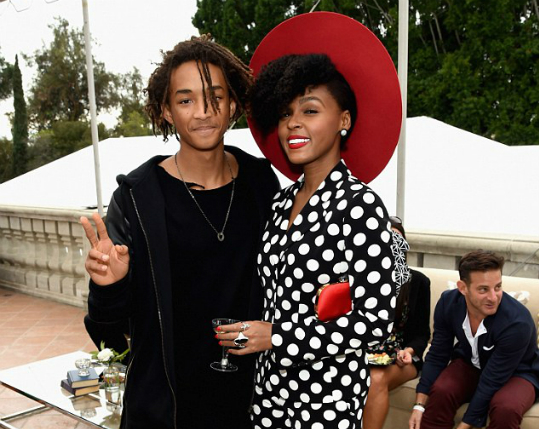 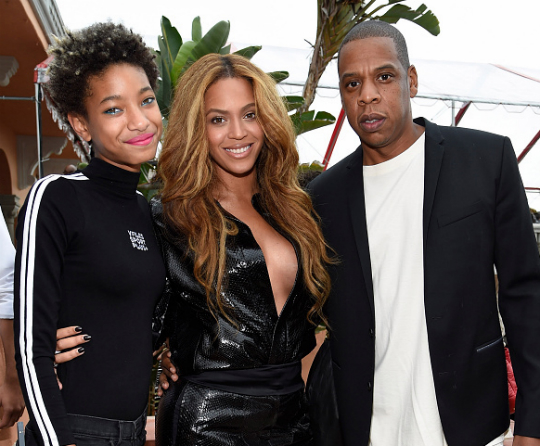