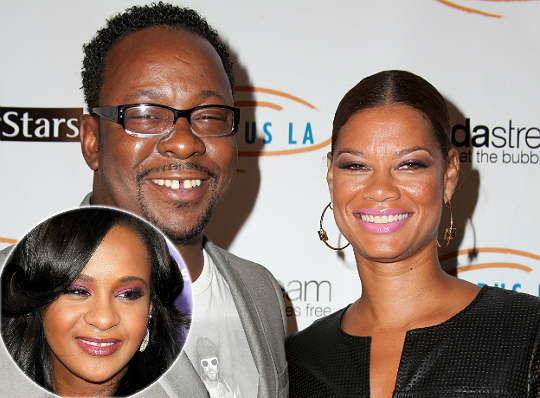 There is a bit of joy for Bobby Brown. The R&B singer is reportedly expecting a child with his wife, Alicia Etheredge.

According to TMZ, “We’ve learned Bobby’s wife, Alicia Etheredge, is 4 months pregnant … something he hasn’t shared with many of his relatives.”

Although expectancy is news that would normally be shared immediately, Bobby and Alicia have kept it from many family and friends because of Bobbi Kristina’s dire condition. Doctors have reportedly told Bobby that things don’t look good as his 21-year-old daughter’s brain function has seriously diminished. In addition, it is speculated that a feud may be brewing between Bobby’s family and the late Whitney Houston’s loved ones.

Still in all, Alicia is not letting the stress of the situation get to her. As TMZ reports, “There’s lots of stress … But we’re told so far Alicia is handling it well.”

Bobbi Kristina is Bobby Brown’s only child with ex-wife Whitney Houston. He is expecting his second child with Alicia, and has five kids in all.