CIARA: ‘BECOMING A MOM HAS INSPIRED MY CREATIVE PROCESS’ 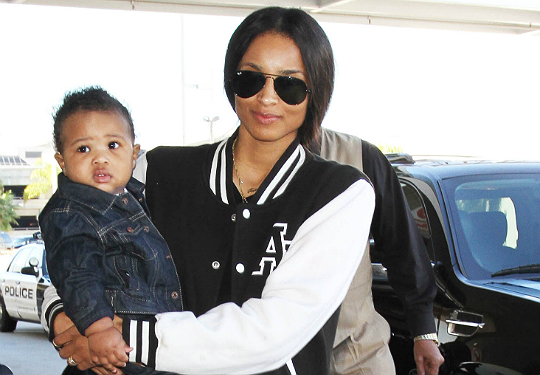 Ciara is making music from the heart. The ‘I Bet’ singer tells media that her son, Future Zahir, inspires her to write memorable lyrics.

“As soon as I had my son, everything changed,” says the star. Ciara tells PEOPLE that she has decided to name her forthcoming album #Jackie, after her mother. “I am now experiencing what [my mother] must have when I was young,” shares the celebrity. “[Becoming a mom] has inspired my creative process … and given me clarity both with songwriting as well as musicality for the album.”

The singer’s upcoming record has been getting a lot of attention since Ciara released her hit single ‘I Bet.’ Although many speculated that she was talking about her former fiance’s infidelity, Ciara refuses to tell media if the song is about him.

She instead says, “I always pull from my life experiences as well as the experiences shared by others. It is important to me that my music feels real.”

Future Zahir is Ciara’s only child with ex-fiance Nayvadius Cash, a.k.a. Future.

TIA MOWRY: 'MY SON IS IN THE LYING STAGE'

TIA MOWRY: 'MY SON IS IN THE LYING STAGE'