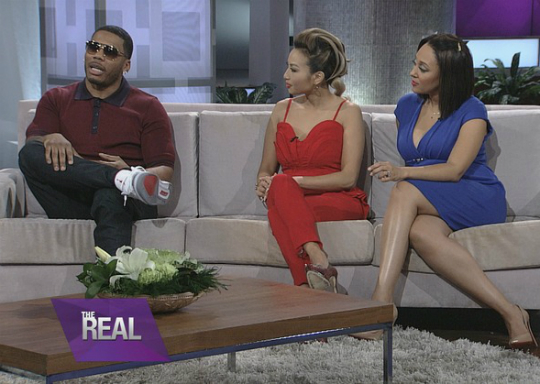 Nelly has an important message that he wants to send out about single fatherhood on his BET reality series, “Nellyville.”  Earlier today, the rapper stopped by The Real to talk about about raising his two kids and niece and nephew in today’s world.

“Sometimes they go a little far. but I still understand that you have to let the youth be the youth. You know, and you gotta let them make their own mistakes, but it’s also important to understand that umm… you know, you got to guide them!”