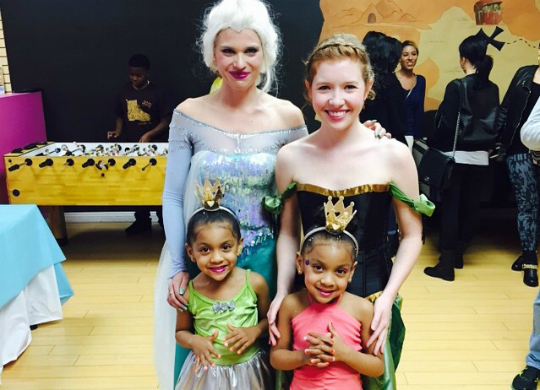 Orlando Scandrick has the perfect little princesses! The NFL player’s daughters turned 5-years-old this past weekend, and were sure to celebrate with family and friends.

“Happy Birthday to my lil princess,” shared Orlando along with a picture of Tatiana and Taylor celebrating with Disney princesses. Draya Michele, Orlando’s girlfriend, also commented on the girls’ birthdays writing, “They turned 5….. So that makes them a PERFECT 10” on Instagram.

The reality star was extremely supportive of her boyfriend, and even took it upon herself to throw Tatiana and Taylor a beautiful birthday party. “It’s not a Draya Party if there isn’t s’mores there,” captioned Draya underneath a picture of the s’mores table that was a party favorite. Michele’s son Kniko, who recently celebrated a birthday of his own, joined family members and close friends at Tatiana and Taylor’s birthday bash.

Kniko is Draya’s only child with ex-boyfriend Gilbert Arenas. Tatiana and Taylor are Orlando Scandrick’s daughters from a previous relationship. Check out more pictures from the twins’ birthday weekend below!