by Sarie
in PHOTOS, YOUNG STARS
0 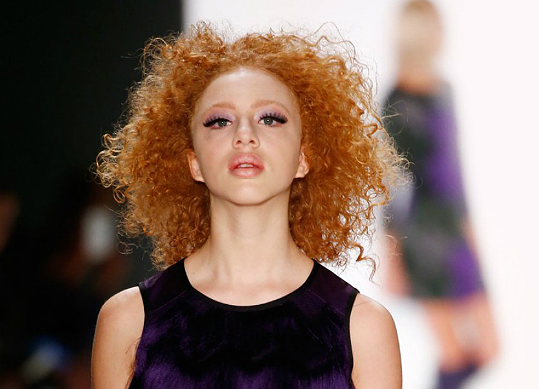 At just 14-years-old, Anna Ermakova is beginning to establish herself as a fashion model. The teen recently made her runway debut during fashion Week in Berlin, and she was the epitome of confident.

Anna held her head high as she strutted down the catwalk. The teen was wearing a mini dress designed by Riani. A large white poodle accompanied Ermakova on the runway, and she was sure to interact with the large accessory upon reaching the end of the stage.

Boris Becker certainly has much to be proud of in his daughter. The tennis star expressed his excitement about Anna’s runway debut on Twitter, and told his fans that both he and his daughter’s mother are glad to see their child pursue her passions.

Anna is certainly taking her role as a young fashion model seriously as she tells media, “It isn’t it about the money.” The teen also expresses delight in having her mother by her side as she ventures into the world of modeling. “My mother is, naturally, always with me and I want it that way. That’s what I’m doing here, an excursion into a new world, which I really love,” says Anna.

Check out more pictures of the teen beauty below!

JADEN GETS 'PASSIONATE' ON NEW TRACK

JADEN GETS 'PASSIONATE' ON NEW TRACK