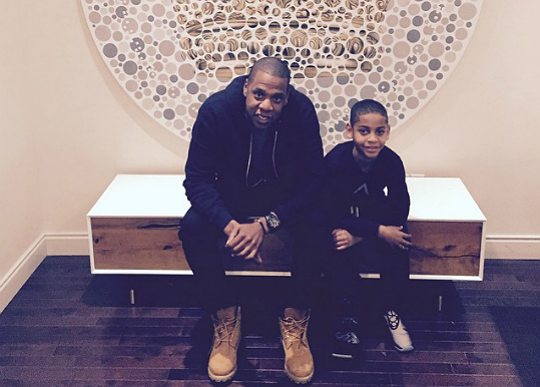 Best wishes go to Kiyan Anthony and Kenzo Hounsou who rang in the new year with injuries. Kiyan suffered a broken toe, while Kenzo is recovering from a broken knee.

La La Anthony shared the sad news of her son’s injury with Instagram fans earlier this week. “So Kiyan suffered his first injury. He broke his toe,” wrote the television personality next to a picture of Kiyan sitting with Jay-Z. The youngster apparently asked his mom to get the Hip Hop artist to sign his boot and La La, being the good superstar mom that she is, made it happen. “I grabbed @angiebeyince & Kiyan got want he wanted. his fav JAY Z to sign his boot.” How cute! 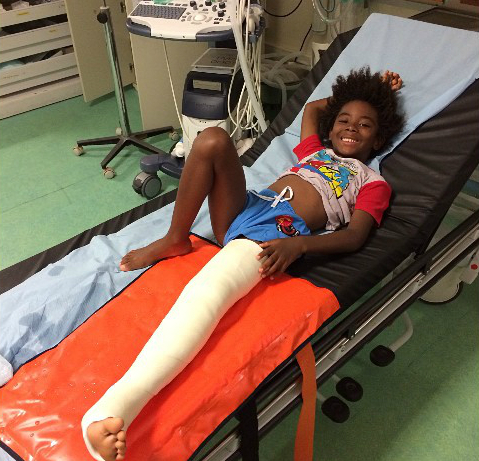 Kenzo Hounsou also suffered a major injury that has kept him off his feet. “Kenzo Lee broke his knee,” wrote Kimora Lee Simmons next a picture of her son. “Let’s take this as a sign of good luck in 2015.” Kenzo sure appeared to be optimistic in the photo as he smiled wide for the camera while relaxing in the hospital bed. The little one has five more weeks of walking around with a cast, according to Quincy Brown who visited Kenzo at home earlier this week.