THE HARRIS FAMILY HOSTS ‘CAREGIVERS OF THE YEAR AWARD’ BRUNCH 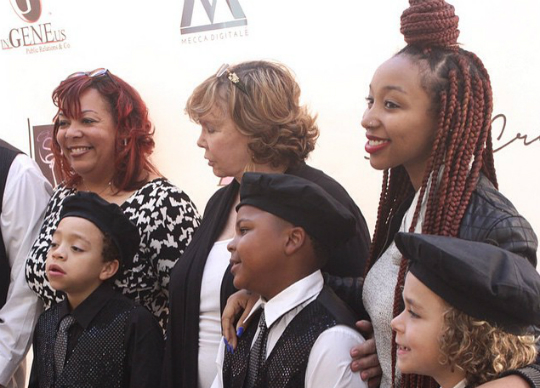 T.I. and Tiny spread a bit of charity this past weekend by hosting the second annual Caregivers of the Year Award Brunch. The event was part of the Harris family’s ‘For the Love of Our Fathers’ foundation, which has been spreading awareness about Alzheimer’s disease.

‘For the Love of Our Fathers’ was established shortly after Tameka “Tiny” Harris’ father, Charles Pope, passed away as the result of complications connected with Alzheimer’s disease. The R&B star and her mother founded the organization in hopes of keeping Charles’ memory alive. Since then, the non-profit has spread awareness about dementia, and prompted many to give more care to those battling with the illness.

Tiny’s mother, Mrs. Dianne Cottle-Pope, along with her kids King Harris and Zonnique Pullins, were among the numerous guests to attend this past weekend’s brunch.

T.I. and Tiny parent six kids together. Check out more pictures from the charity event below!