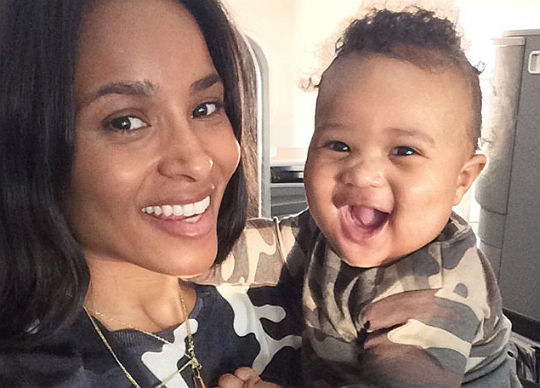 It’s baby Future and Ciara at the zoo! The R&B singer recently celebrated her 29th birthday with her son at Central Park Zoo in New York City.

Kiyan and La La Anthony joined Ciara and little Future at the zoo, and everyone had a blast interacting with the animals. Ciara had a bit of a tussle with one goat that found her hair desirable enough to eat. “Sh## Got Real When That Goat Tried To Eat My Hair,” tweeted the star. Ciara also commented on La La and Kiyan’s supporting her on her birthday writing, “Family. Love you,” along with a picture of La La carrying little Future.

The singer couldn’t get over her son’s smile while celebrating her special day. “Up In The Air Having In Flight Fun With #MyBabySoldier. THIS Smile Is Contagious. Lef Lef Righ Lef!!”

TRINITY AND DYLAN BOSH HAVE A MERMAID BIRTHDAY CELEBRATION