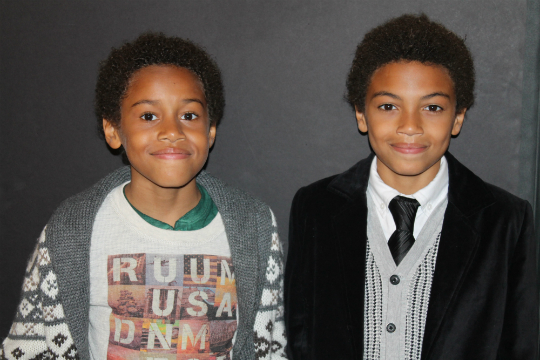 Tristin and Tyler were two of many celebrity kids who walked the runway during the Petite Parade show in New York City this past weekend. This year,  the boys reported from behind-the-scenes and walked in the Ruum American Kids Wear show.  In past years, they hosted the show.

The Petite Parade has become the premiere show for designers that specialize in children’s wear. RUUM, Anasai, and Aria Clothing participated in this season’s show, and have featured their styles during previous events held during Spring. October’s show was especially significant because it featured creative styling by Kiki Tillman.

Look out for Tristin and Tyler on their third web series, What’s Up City Kid! Like the other two, Tristin an Tyler’s Tales From the City and Cooking With Tristin and Tyler, this new series will follow the boys as they set out to have new adventures everyday in NYC.

For more on the duo, visit them at TristinandTyler.com