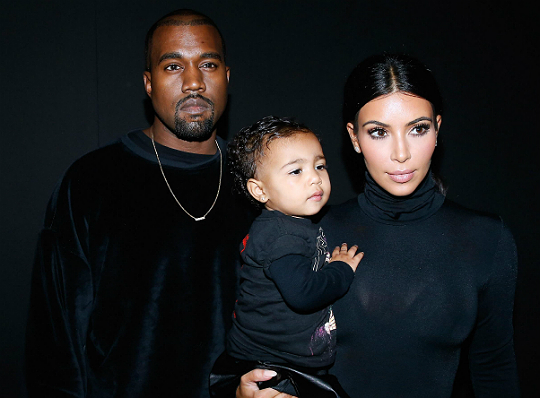 At only 15 months, it’s safe to say North had no idea what a privilege she had to sit in the front row at Balenciaga’s show during Paris Fashion Week. Nonetheless, her parents, Kim Kardashian and Kanye West took full advantage of the event, even coordinating the family’s outfits. All in black, North sat perched on Kim’s lap and was reportedly very well behaved.

It might have been North’s first Fashion Show, but it was by no means her first brush with the fashion industry. Not only is she being raised by fashion icons, surrounded by them even, but she was recently featured in her very first shoot. CR Fashion Book gave North her modelling debut, adorned in nothing but the best from Chanel to diamonds.

Kim is convinced that her daughter’s fashion sense is already budding, claiming that she is big on leather as well as denim-on-denim. Only time will tell what kind of style North will grow into, but for now it seems Mom and Dad are having a ball dressing her to the nines, and prepping her to be a serious connoisseur.

That night, North hit the crib, and Kim and Kanye hit the streets to take in the beauty of Paris. Perhaps the romance will get the stylish couple started on expanding their family, as Kim says she plans to.