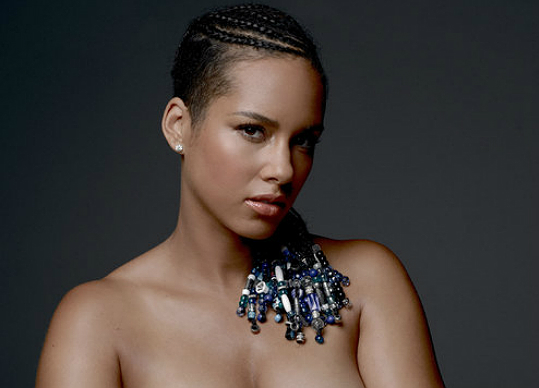 A peace sign plastered over a baby bump, now that’s an image worth a thousand words.

“It’s time to get people’s attention” the songstress told the NY Times. The photo is yet another step in launching her social justice campaign, which began with the release of her single of the same title, “We Are Here”. The song was accompanied by a plea made by the singer, asking her listeners to take a moment to think about why they are here, and to speak up for the justices they seek. And it all begins with that one simple question, which she was asked by a friend recently, “why are you here?” It was a question she said she had never been asked before, and it surely resonated with her.

Alicia stated, “I want to build an army.”

To be a part of that army, Alicia asks that her fans reach out to create change. Post #WeAre Here, and support organizations who are working towards a more peaceful future. To get things going, the star is donating $1 million of her own money to be divided up between 12 outstanding charities:

The award-winning musician is expecting her second child in December, with husband Swizz Beatz. She is also step-mother to his children from past relationships. Clearly, motherhood is a major inspiration for her movement. The NY Times reported that she is expressing concern for the world her children will inherit.

Alicia explained that although some of her causes may seem controversial (ie. gun laws), she believes her fans, and many members of the public, share her concerns. “This is bothering us, so how can we take that to the next step and do something about that, as opposed to just being angry?”

About the pic, she also noted: “People won’t be able to ignore this visual.”

CHANITA FOSTER HANGS WITH HER 'BOXTROLLS'

CHANITA FOSTER HANGS WITH HER 'BOXTROLLS'