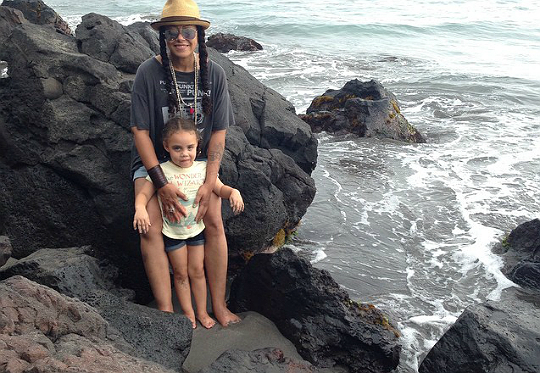 Cree Summers is enjoying life with her little women. The actress recently shared pictures of herself with her daughters on Black Sand Beach in picturesque Ho’okena Beach Park, which is located in Hawaii. “Have I told you lately that I love You,” captioned Cree underneath one of the pictures of Brave hugging little sister Hero.

Ho’okena Beach Park is one of the most beautiful sites in Hawaii. The historical location is made up of gray and white sand along with clear water that is simply marvelous in appearance. There are numerous activities to participate in at the beach, which include kayaking and snorkeling.

While Cree is enjoying her daughters in Hawaii, producer and director of ‘A Different World’ Debbie Allen is hard at work trying to bring the show back. Although it has been more than two decades since Cree portrayed Winifred on the hit series, Debbie still believes in the message that the actress and other talent delivered onset.

“The difficulty is that it gets very convoluted when you’re mixing old writers and new writers,” says Allen.”Right now we’re kind of at a stand-still. I got really far up that ladder, and then I got kind of stopped. So we’re going to re-investigate it again because it’s such a good idea.”

It would be interesting to see how Debbie manages to make a show such as ‘A Different World’ relevant in the current generation. Check out more pictures of Brave and Hero below!