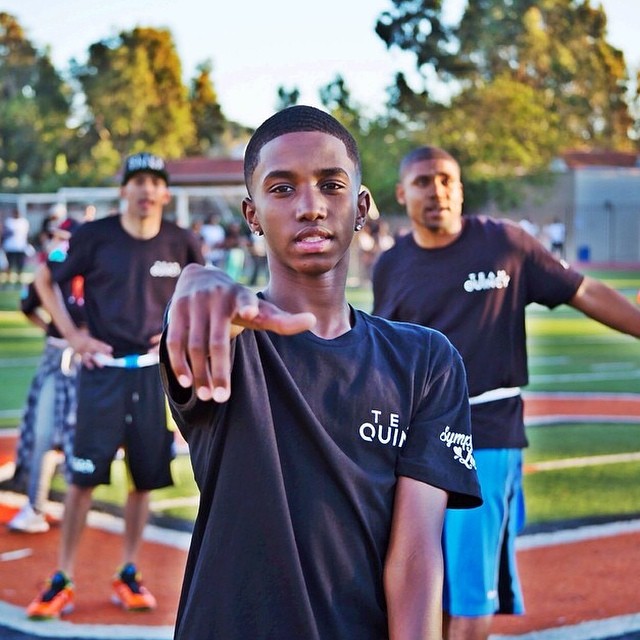 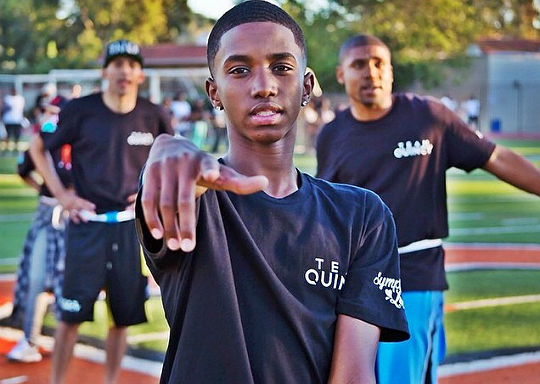 Christian Combs is doing more than creating summer memories with his family. The teen is also doing his share for the community. Christian recently partnered with his brother, Quincy, and Chris Brown to bring football entertainment for charity.

Team Quincy suited up and presented tough competition for Team Breezy (Chris Brown’s team). Although they tossed and ran like lightening bolts, Team Quincy was not successful in their quest for victory on the field. Team Breezy, which featured Bow Wow and other celebrities as players, triumphed over Quincy’s team with a final score of 42-21.

Even though he and his team lost the game, Christian was still happy to be part of something that lent a helping hand to the less fortunate. “What a fun night for a great cause,” tweeted the teen.

Chris Brown and Quincy’s charity ball game was held at the Jack Kemp stadium at Occidental College this year. Check out more pictures of Christian at the event below!