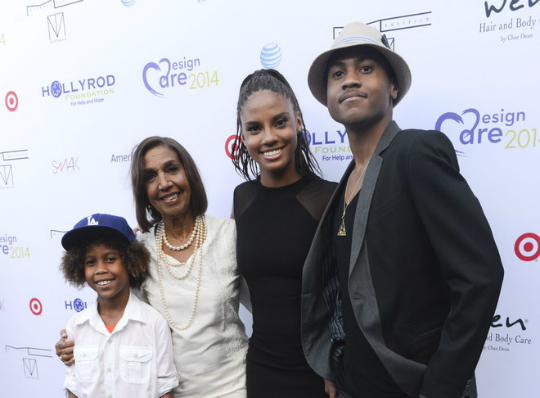 Holly Robinson Peete joined forces with fashion designer Michael Costello for the 16th Annual DesignCare Runway Show. The benefit took place at The Lot Studios in Hollywood, and included a silent auction and fashion show. Holly and husband Rodney Peete were  joined by their daughter, Ryan Elizabeth, and their sons Rodney Jr., and Roman. Also by their side was their grandmother Dolores Robinson.

The proceeds from the event benefit the HollyRod foundation, which was founded in 1997 by the actress and her husband, former NFL Quarterback, Rodney Peete. It is dedicated to providing care to those living with autism and Parkinson’s disease, ailments which have affected Holly’s family directly. Presently, HollyRod is “developing plans to create The HollyRod Autism Network at California State University, Northridge, a unique constellation of autism resources, services, and one-on-one support, all with a family-centered focus” (via hollyrod.org).