GALLERY: DJ FULANO ROCKS THE BOOTH AT HIS BIRTHDAY BASH 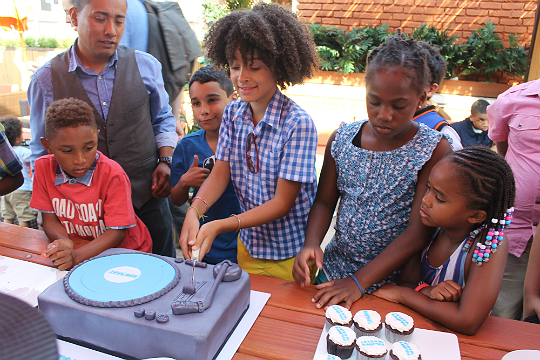 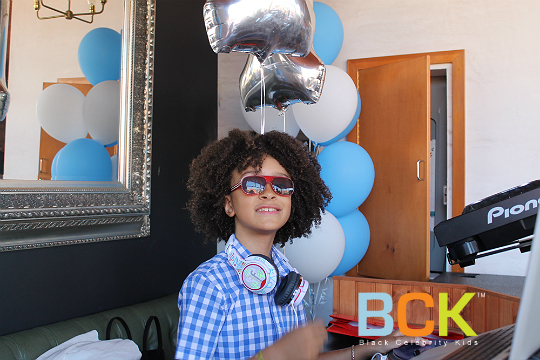 Fulano, who is the new kid ambassador for Flips Audio, showed off the headphones as he provided music for his guests at his very own birthday bash.

Attendees at the rooftop event mixed, mingled, and enjoyed an assortment of Euro-Latin cuisine while listening to the birthday boy spin a mix of songs.

The two-hour party also involved some serious red carpet action, with Fulano taking a pause from the booth to pose for pictures and talk to friends. The young deejay also took a break to enjoy a slice of his very cool turntable inspired  birthday cake provided by Kakes By Krisota.

Guests were given the royal treatment by Fulano’s mom Latham Thomas, who made sure that everyone had everything they needed during the party, including making sure the kiddos had refills on drinks.

The star-studded guest list included Debra Lee, Rebecca Minkoff, Amber Sabathia,Mashonda, June Ambrose, to name a few. The celeb moms had just as much fun as their kids- with everyone leaving with a little something special including fun giveaway items. Kids received goodie bags with Flip Audio headphones (retailing for more than $100), Happy Socks, Sweet Loren’s cookies.

Check out photos from Fulano’s birthday bash below.

Photos: All photos by Blackcelebkids.com

TAMERA MOWRY-HOUSLEY SAYS HER SON IS A TALKER

TAMERA MOWRY-HOUSLEY SAYS HER SON IS A TALKER