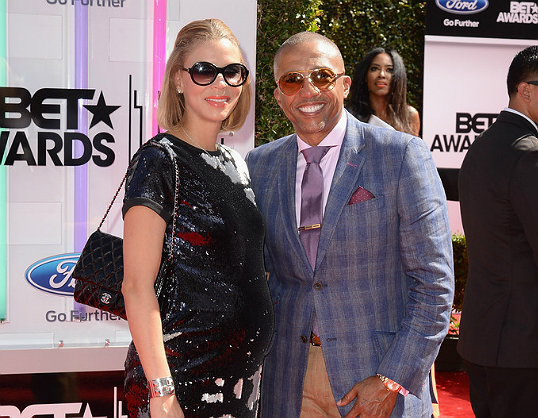 Erika and Kevin Liles were two stylish people at this year’s BET Awards. The couple stepped out on the red carpet at Nokia Theatre in Los Angeles looking fresh and happy. Erika definitely had the pregnancy glow as she bumped around and mingled with other guests. Kevin was the happy dad who smiled for photographers and helped his wife.

The Liles are happy to be expecting a child for the second time. It was just three years ago that Erika gave birth to the couple’s first child. The record executive was instructed by the President of the United States to tend to his wife after she gave birth to little Genevieve. “[Obama] told me to go,” said Liles who was attending a fundraiser put on by the Commander-in-Chief at the time.

Erika and Kevin are expecting their second child together, but Kevin already has three kids from previous relationships. The impending birth of his and Erika’s little one will make him a father for the fifth time.

Check out more photos of the Liles below!

ZENDAYA HITS THE BET AWARDS + STEPS DOWN FROM AALIYAH BIOPIC