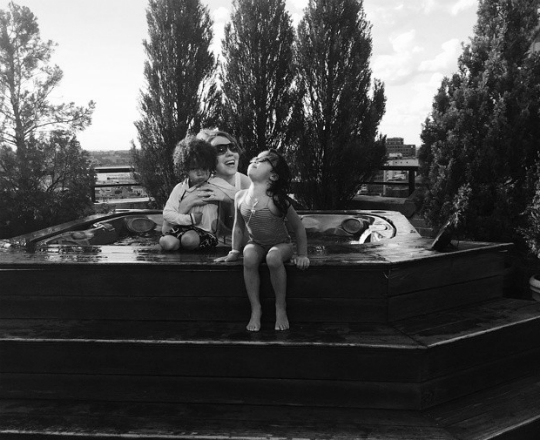 In a recent interview with Out magazine, Mariah Carey shared about her childhood and why she never expected to have children.

Diva, Wife, Mother – Mariah seems to have it all – but growing up, this was not what she had imagined. “I never, ever thought I was going to have kids — ever,” she confesses. “I remember as a child saying I’m never going to get married; I’m never going to have kids.” She explains how her parents divorce was troubling and that although she knows they were better apart, she always felt a void in her childhood from the experience. In fact, her childhood memories often point to a distress about having very little control, and too much responsibility.

“I feel I had a great childhood in some ways — and that’s an amazing thing to be able to say — but I also feel I didn’t because I was the caretaker and I still am, like it started long before I had any financing.” She also recalls moments when she lacked authority and cites them as making her the person she is today.

There had been some sort of argument with my mom and the man she was dating at the time, and somehow I became a part of it — I was around 8 or 9 years old. And I said, ‘I’m never going to forget how it feels to be a kid, and you can’t be seen or heard.’ It’s as though your opinion doesn’t mean anything, or your feelings are not real… [In the past] I allowed people to — how do I say it? — dictate policy to me, meaning if I didn’t like something they didn’t care. I listened to people — I was, like, ‘Fine, cool, do whatever.’ So now I’m just being adamant.

Since her new found “adamancy”, Mariah’s image as a Diva has become much more cemented, but her public image also has her labelled as a ditz. Drawing inspiration from her beloved idol, Marilyn Monroe (after whom she named her daughter), the singer refuses to let it bother her. She explains, taking from a bio of the icon she read as a child, Marilyn Monroe Productions was the first female-owned production company in Hollywood. She paved the way for women in Hollywood, and every single woman owes something to her for that, whether they agree with her image or not.” So about her own image she says, “I flirt with it, and I play with it. If it pisses people off, whatever.”

Despite her own complicated childhood, Mariah couldn’t be happier with her family life today. She and singer Nick Cannon married in 2008, and in 2011 had a set of adorable twins that Mariah cannot keep away from. “Pulling them away from me is so hard,” she said. “It’s unconditional love.”