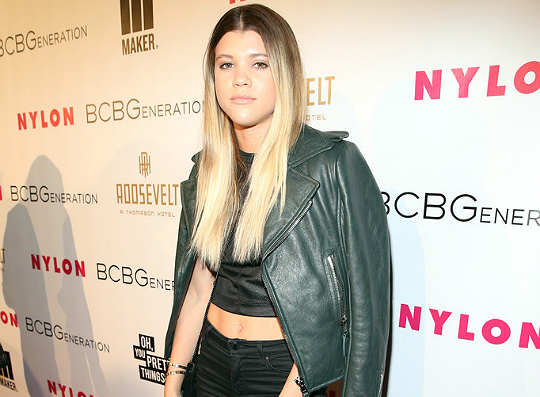 Sofia Ritchie was spotted at the Nylon+May Young Hollywood Party yesterday(May 8th). The 15-year-old posed on the red carpet like only a model could.

In 2012, Sofia hit the modeling scene when she debuted in Teen Vogue where she discussed her future aspirations to follow in big sister Nicole Ritchie’s footsteps and launch a fashion line. Her admiration for Nicole is obvious as she was quoted in the magazine as saying, “Nicole is definitely my style icon, and she’s the best person to go shopping with.”  The teenager most recently posed for Mary Grace Swim Wear.

Sofia is the youngest of singer Lionel Ritchie’s three children, born to him and now ex-wife Diane Alexander in August of 1998.

A PEEK AT MACEO MARTINEZ