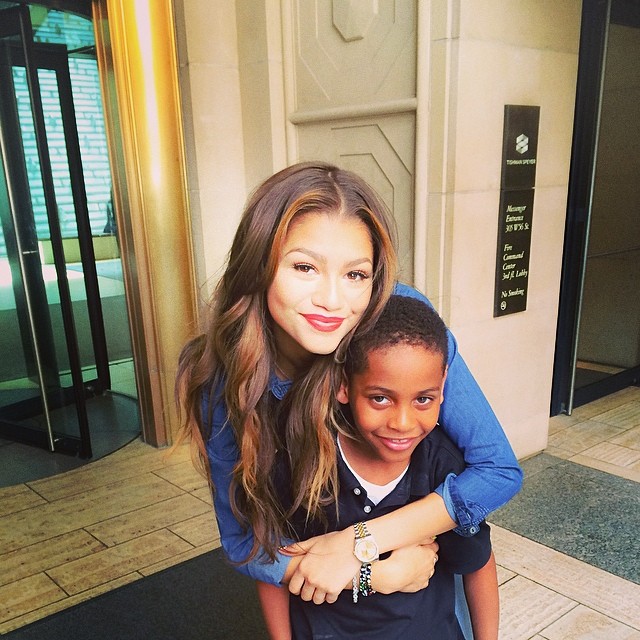 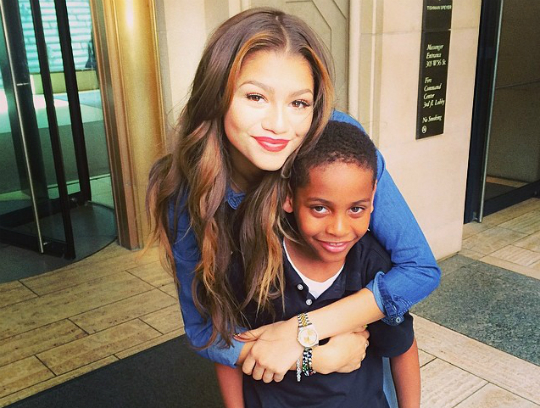 Seen blushing here for only the second time of his young life with Zendaya’s arms wrapped tight around him, it seems as though Kiyan has found himself a big crush. The photo was taken by Kiyan’s mother La La Anthony, just a few days ago, where she remarked on how great a role model Zendaya is, and thanked her for making her son’s day. La La added about the teen star, “she’s a beautiful girl inside and out.”

Kiyan and his parents, basketball star Carmelo Anthony and his wife La La, are returning to T.V. screens across America on May 7th with a new season of VH1’s  La La’s Full Court Life. Of course the series promises lots of fun and drama. Following La La’s ventures as a successful businesswoman, mother and wife, this season will feature appearances from friends Kelly Rowland, Trina, Swizz Beats, and more.

The first episode will kick off with Kiyan’s first day of school – yes, he really is growing up!

Check out more pictures of Kiyan on a recent vacation to Turks and Caicos below!

SOLANGE KNOWLES AND SON PARTNER WITH '14 PLUS' TO SPREAD LITERACY

SOLANGE KNOWLES AND SON PARTNER WITH '14 PLUS' TO SPREAD LITERACY