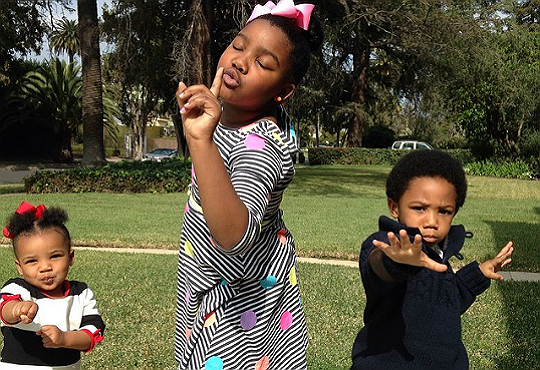 Erica Campbell is doing big things. First the Gospel singer debuts her first solo album, which is a hit, and now she’s writing books for kids to enjoy.

“I am writing two books,” says the artist to Essence. “One is called ‘Peanut Butter and Kelly.’ I just finished it and I’m super excited. It’s a kid’s book about love, life and relationships. The first story is about a kid’s perspective on their parents getting divorced.”

Campbell further explains, “The kids are asking each other how do they know their parents are in love. The little girl says, ‘When they hold hands and give flowers. That’s how you know their really in love.’ So Peanut Butter goes home and his parents aren’t holding hands and there’s no flowers. So he goes back to school in a panic like, ‘Oh no they are getting a divorce,’ and thinks they are going to send him away. So he gets flowers from the garden and his parents still don’t see it. They find him in the closet crying and his parents are like ‘What in the world is wrong with you?’ And he tells them they are getting a divorce because they don’t hold hands.”

Erica gives more insight into the meaning behind the plot, telling media that her goal is to help parents understand how much of an important role they play in their kids’ lives. “It’s about parents being aware that their children are paying attention. That’s where they learn their perspective on love and life, at home,” shares the star. “I wanted my two daughters and my son, and my nieces and nephews just to have something that had a moral responsibility. It’s not a Christian book but it has a moral responsibility and I feel that’s really important to give them that information when their young.”

Erica hopes to build a legacy that her three children can later look back on and be proud of. You can catch the singer’s debut solo album, Help, at traditional and online music stores throughout the nation.

WHAT A SWEATHEART! SOPHIA PIPPEN SHINES IN NEW PHOTO SHOOT

WHAT A SWEATHEART! SOPHIA PIPPEN SHINES IN NEW PHOTO SHOOT