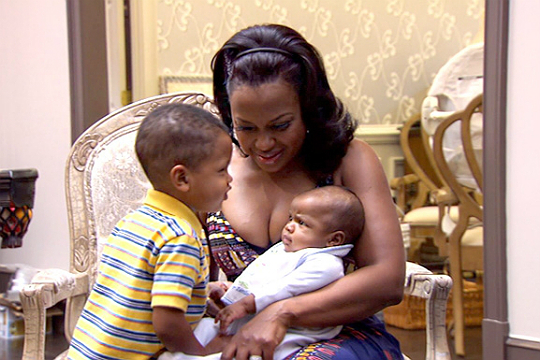 With a thriving reality show and several other works in the making, Phaedra Parks is one busy lady. “I have many careers and many degrees,” says the ‘Real Housewives of Atlanta’ star. “My life is very full. I don’t have to talk about something from two years ago constantly and obsess with foolery because I have several things going on.”

Full is an understatement as Phaedra and husband Apollo Nida welcomed their second child into the world a few months back, and haven’t stopped striving to make their dreams a reality. “A true southern belle can do everything,” says Phaedra. “She’s smart, she’s witty, she’s very creative and she’s very resourceful.”

Although smart, witty, and resourceful, Phaedra doesn’t let her talents overtake her main goal of being a good mother to her sons. “I feel like I’m wearing the s on my chest some days.. most days,” explains the star. “It’s really time management and prioritizing what’s most important and at the end of the day I’m a mom first. I love my two sons. They’re just my angels so that is my priority.”

Phaedra and Apollo have two sons named Dylan and Aden.