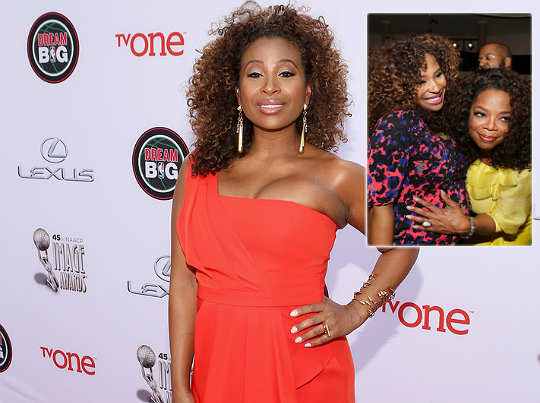 Tanika Ray is pregnant! The television host showed off her baby bump earlier this week at the 2014 ESSENCE Black Women in Hollywood Luncheon in  Beverly Hills. Tanika glowed as she mingled with other guests who were overjoyed to see her and her protruding stomach.

Oprah was sure to rub on her belly, embracing Ray while cradling her midsection. Tanika viewed her time spent with Oprah as being surreal telling Twitter fans,  “still processing it even happened. Thank you Queen O!! My lil bundle only needs the DalaiLama now!”

The ‘Black Women in Hollywood’ luncheon honors African American women who have made a positive impact in the entertainment industry. Kerry Washington, Regina King, and Tasha Smith also attended the luncheon in addition to Oprah and Tanika.

Tanika is best known for her  role as New York correspondent for ‘Extra.’ The television personality makes frequent appearances as a guest panelist on HLN’s ‘Showbiz Tonight.’ Tanika has not yet revealed the sex or father of her child.