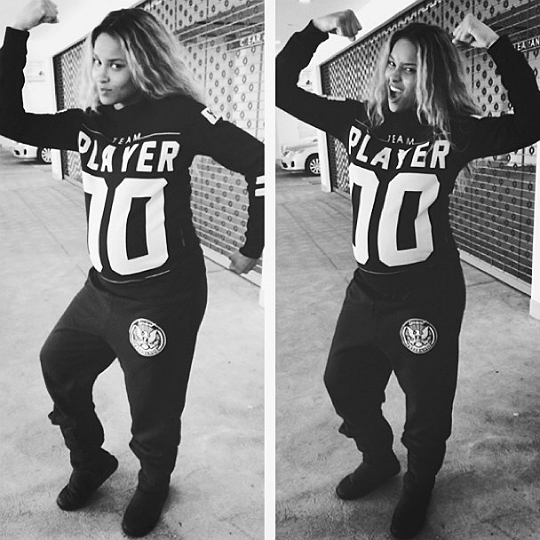 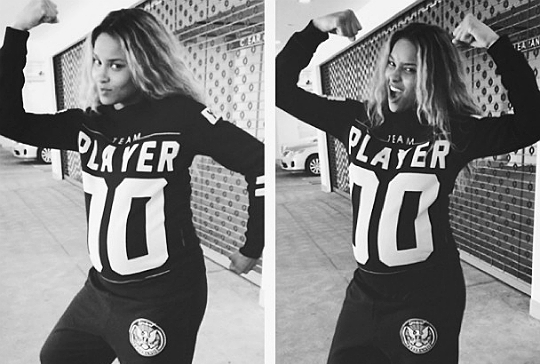 Is Ciara adding a baby boy to her family team? Yes! Future recently stopped by the ‘Tim Westwood’ show to talk about his career and Ciara’s expectancy, and accidentally revealed the sex of his unborn child.

“Yeah, we got the name…We have the sex. That’s off-the-record information,” said Future when asked whether his little one was going to be a boy or girl. Tim tried with all of his might to get Future to let the cat out of the bag throughout the interview but it wasn’t until the rapper started talking about his child’s love for music that he spilled the beans.

“The baby listening to music already now,” said Future. “She sent me a video while I was over here with the headphones on her stomach.  She said ‘the baby just listened to ‘Turn On The Lights,’ the version with me and you.  I said ‘He gotta play…YOU gotta play that Anytime for him, the new one you did.  Let him hear that.  Se how he kick.’  She played it for him.  he started kicking like crazy.” Future gave a look of shock at Westwood and then added, “You got the sex out of me and you don’t even know it.”

Classified information is classified no more. Ciara and Future are expecting their son to arrive in coming weeks.