Home » NEWS » VANESSA WILLIAMS: ‘I ONLY HAVE ONE AT HOME THESE DAYS’

VANESSA WILLIAMS: ‘I ONLY HAVE ONE AT HOME THESE DAYS’ 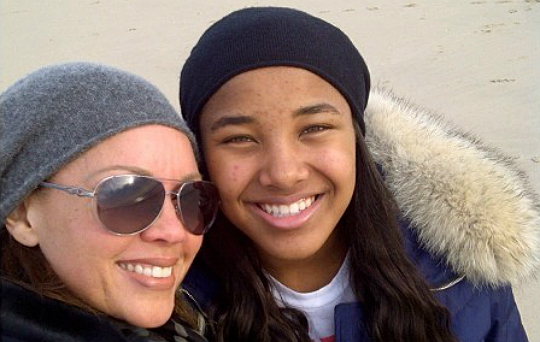 Vanessa Williams is balancing motherhood and a career as an entertainer much better now that she only has one child at home.  “I only have one at home these days,” says the actress. “I dropped her off at school and will pick her up tonight.”

One of the many reasons why Williams loves the stage is because it affords her more opportunity to spend time with Sasha. “The great thing about theater is that I can be there for her,” explains the star. “I don’t go in until later on at night, so I can be here to drop her off, pick her up, get her settled and then be back home before midnight, so that’s wonderful. And my kids don’t know anything else. They’ve known me on Broadway or doing a television show. They’ve been in recording studios, on trailers and on sets. This is the life that they know and I’ve been able to make it work. My priority is my kids. If there’s something that conflicts, my kids come first and my team realizes that as well.”

Vanessa contributes much to her family, including the stability that is desperately needed when working in show business. “I’m lucky that I had a great family that I came from who were supportive and gave me a great foundation,” the actress tells media. “I take care of my health, I’m lucky to have four children and be surrounded by loving people, friends and family. I have a great support system. That’s so much a part of being successful in this business besides being prepared, having lots of training, being able to be flexible and really being able to seize every moment and show off your talents.”

Sasha is Vanessa Williams’ daughter with famed athlete Rick Fox. The actress has four kids in all.