ROUND TWO: JOSHUA WHITLEY MAKES HIS WAY TO ‘THE STEVE HARVEY SHOW’ 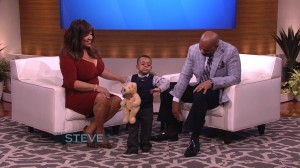 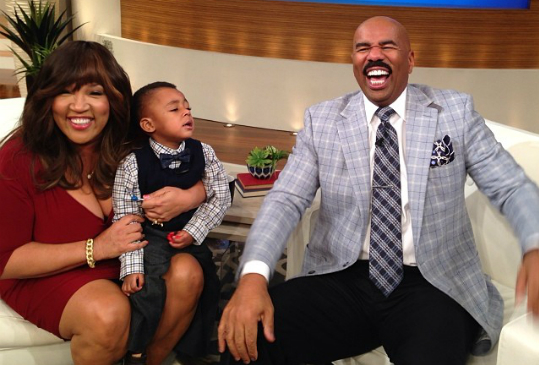 First Arsenio Hall, and now Steve Harvey. Joshua Whitley is certainly making his rounds among talk show hosts. The toddler stopped by the ‘Steve Harvey Show’ with his mom, Kym Whitley, giving the comedian a few laughs and high fives.

Josh had a teddy bear with him and was definitely dressed to impress. The toddler talked with Steve and gave the comedian a high five while standing in front of the masses. Whitley looked on with pride as she watched her son interact with the celebrated talk show host. The single mom’s request was answered when Steve introduced her to two eligible bachelors in attempts to help her find Mr. Right.

Kym and Joshua stopped by Arsenio Hall’s show earlier this week, where they discussed their show and gave a bit of inspiration to individuals who have been adopted. “I wanted to do a show that took the stigma off adoption,” said Kym. “[I wanted] adopted people and children [to] know that they are loved, that they’re chosen and they’re special.”

Joshua is Kym’s first son whom she adopted in 2011. You can catch the mother and son every week on ‘Raising Whitley.’