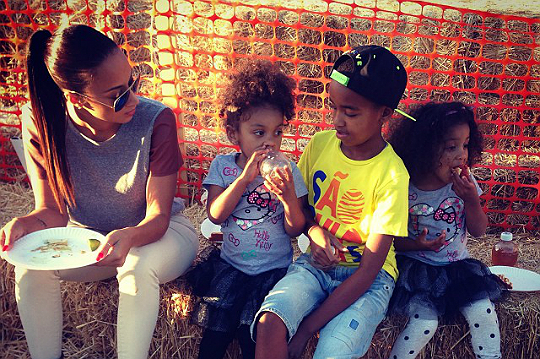 Draya Michele and her crew couldn’t let the harvest come and go without spending a day at the pumpkin patch. The mom and her son, Kniko, were recently photographed while eating among the hay with NFL player Orlando Scandrick’s twin daughters. Draya looked on lovingly as Kniko conversed with Orlando’s daughters. “I miss my babies. special thanks to @sodraya for taking them to pumpkin patch,” tweeted Scandrick next to a picture of his girlfriend with the kids.

Michele has expressed her desire to keep her son out of the limelight telling VIBE Vixen, “I have to protect my family. When people say, ‘Well, where’s your son? Where’s your son? Where’s your son?’ it has the opposite effect on me. Instead of making me actually want to post my son [on Instagram], it puts a slight fear in me, like why are you guys so obsessed with my son? That would scare any parent for strangers to be so concerned for their child.” The reality star went on to say, “I just need people to know that I keep it private.”

Kniko is Draya’s only son. The reality star is most famous for her energetic personality on ‘Basketball Wives.’ 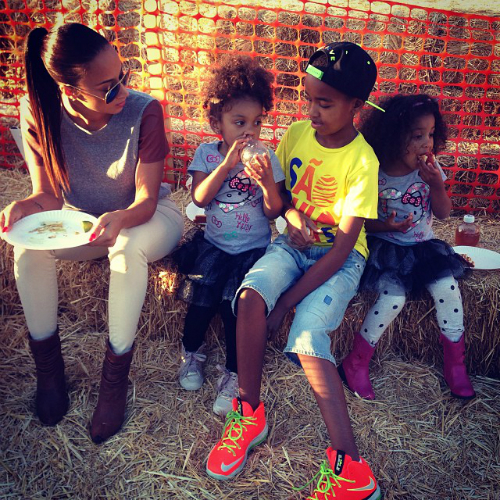 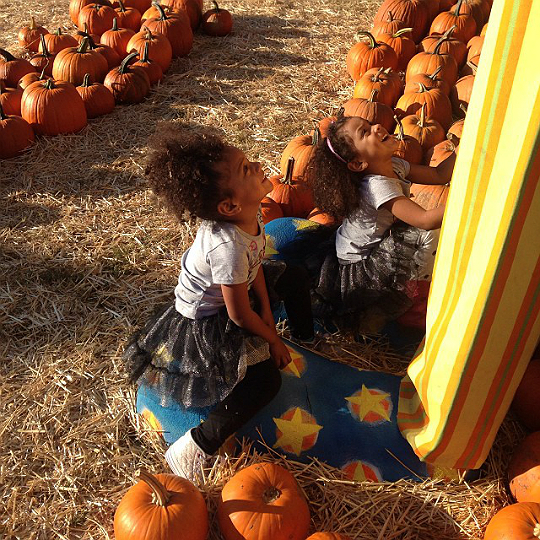