Home » NEWS » TV WATCH: ‘THE FAMILY HUSTLE’ AND ‘MARRYING THE GAME’ ARE BACK

TV WATCH: ‘THE FAMILY HUSTLE’ AND ‘MARRYING THE GAME’ ARE BACK 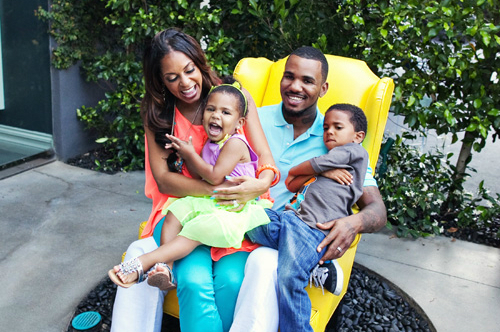 The Harris family will be on the grind this season as T.I. travels the country to promote’s his new album, Troubleman: Heavy is the Head. Tiny, the matriarch of the clan, will also be hard at work training her new girl band, French Kiss, and dishing out great advice to the OMG Girlz. All six of the Harris children will get their moment to shine as T.I. and Tiny focus on the family at the end of each day.

While T.I. and Tiny do family life as one unit, Jayceon Taylor, a.k.a. The Game, must come to grips with co-parenting after fiancee Tiffney Cambridge left him at the altar in season one of ‘Marrying The Game.’ The rap star must place family above his career if he ever hopes to win back the love of his life and be successful at fathering Cali Dream and King Justice.

NICK CANNON: 'THE BEST THING ABOUT BEING ME IS MY KIDS'