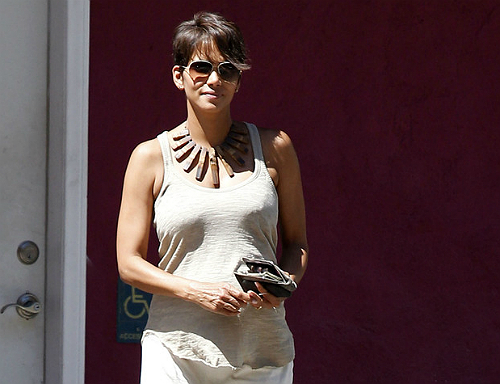 It was all about coolness for Halle Berry who showed off her baby bump in stylish but simple wear yesterday. The Call actress was all smiles as she left a nail salon in Studio City on July 8, 2013.

The actress recently spoke in favor of an anti-harassment bill that aims to protect celebrity children from being photographed by paparazzi without parental consent.  “If it passes, the quality of my life and my children’s lives will be dramatically changed,” said the actress during an assembly hearing last week. The anti-harassment bill places heavier restraints on paps when photographing kids, prohibiting them from lurking around schools and hiding out to get pictures of little ones. Under the proposed bill, individuals who violate the privacy of celebs while with their kids will be subject to up to one year in jail and civil lawsuit from victims.

Halle is expecting her first child with fiance Olivier Martinez. The actress has a daughter, Nahla, with ex-boyfriend Gabriel Aubry. 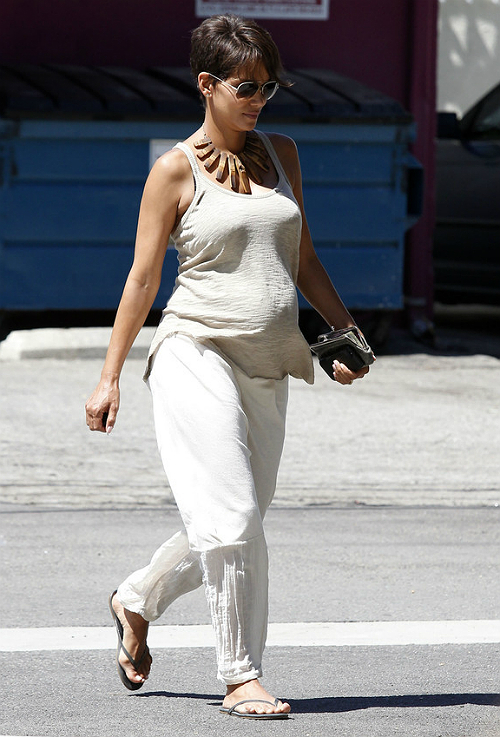 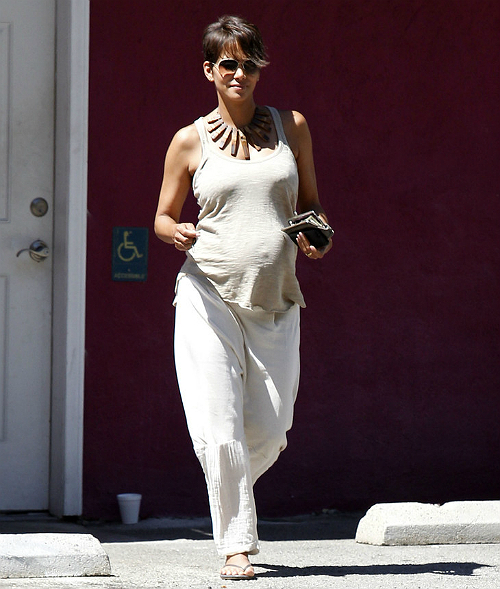