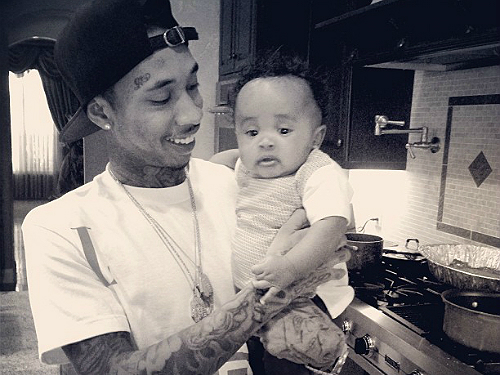 While other parents are just saying ‘No’ to their kids, Tyga is going to be one to say ‘Yes’ to son King. The rapper recently told VIBE that he doesn’t plan to be the strict father who’s constantly denying his son’s wishes. “I always see parents tell their kids, ‘No you can’t have that.’ They’re kids. They have to have a good childhood. I don’t think I’m going to tell my kid, ‘No,'” said the rapper.

Tyga has been one proud father since he and girlfriend Blac Chyna welcomed their adorable son into the world last year. The rapper and model have shared several pictures of King with Twitter fans and Tyga proclaimed his excitement with ‘106 & Park’ fans saying, “I just wanted to share [my life] with the world. It’s a blessing.”