CARMELO ANTHONY RETIRES SYRACUSE JERSEY WITH FAMILY BY HIS SIDE 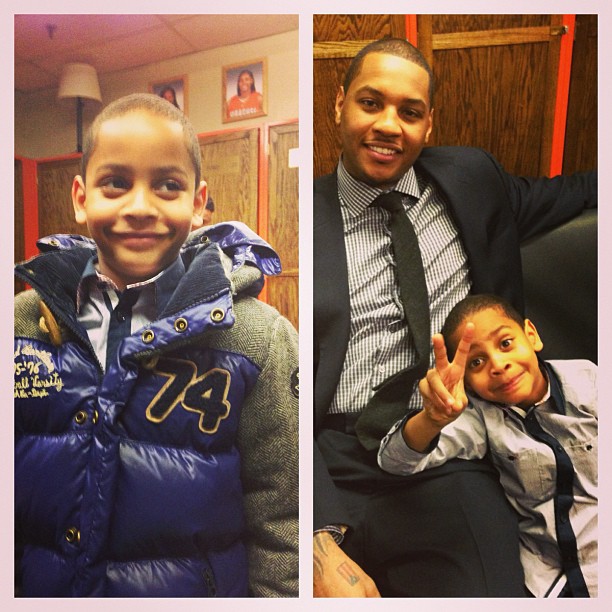 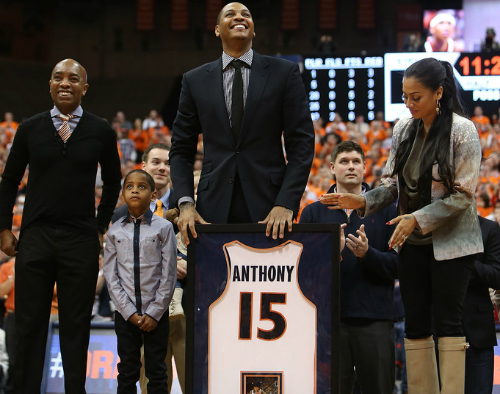 Carmelo Anthony looked on with athletic director Daryl Gross, son Kiyan,5, and wife Lala Vasquez-Anthony as his college basketball jersey was retired during half time in the game against the Georgetown Hoyas at the Carrier Dome on February 23, 2013 in Syracuse, New York. The b-ball player was sure to thank his family for all of the love and support they’ve given over the years saying, “Without these guys that banner wouldn’t be hanging up there and my jersey wouldn’t be retired.” 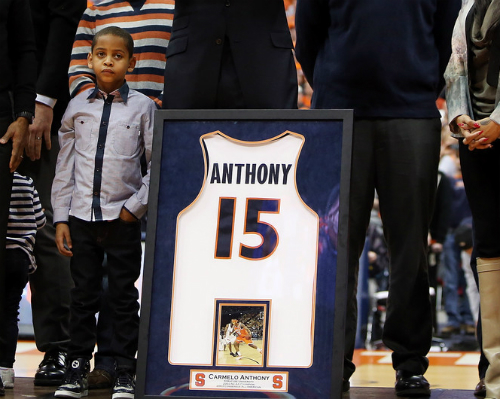 Anthony recently visited ‘Late Night with Jimmy Fallon‘ where he told the talk show host that Kiyan will be attending college. “My son definitely needs to be [at my Syracuse retirement ceremony] to see the whole university atmosphere because he will be going to college. He don’t have a choice,” said the star athlete. Kiyan was right by his father’s side at the ceremony and watched as Carmelo made his speech and received accolades for all of his hard work during his years of playing ball at Syracuse.

Carmelo played basketball for Syracuse University from 2003-2003. Kiyan is his and La La’s first child together.