Home » NEWS » ISABELLA GETS JAZZY WITH DAD AND ‘BEAR’

ISABELLA GETS JAZZY WITH DAD AND ‘BEAR’ 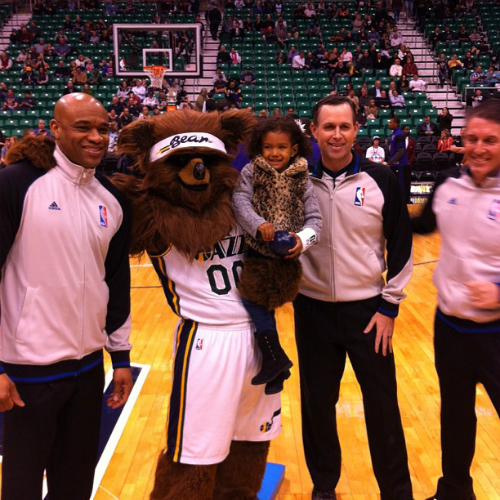 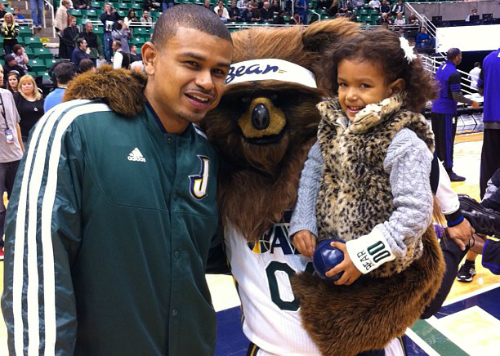 NBA player Earl Watson pictured with daughter Isabella, who is a fan of the Utah ‘Jazz.’ Lucky dad! Isabella took several pictures with the team mascot and snapped a few photos with the cheerleaders as dad expressed immense gratitude for his teammates support in making her happy. “Thank you jazz dance team for making Bella’s wish come true,” tweeted Watson at the night’s end. 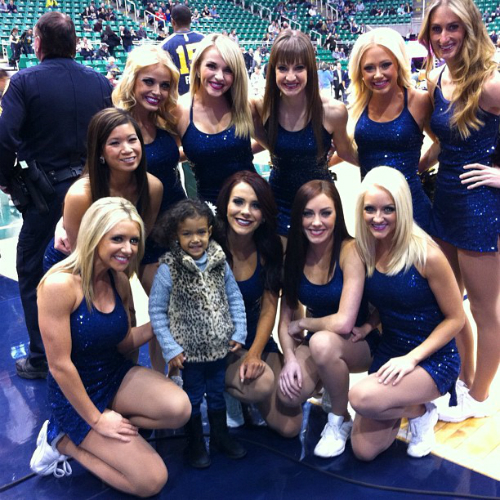 Isabella has been a loyal supporter of dad this season, attending most of his games and cheering him on like a true fan. Earl told the press after his game with the Los Angeles ‘Lakers’ last year that his daughter was blowing kisses at him from the stands as he waved to her from the bleachers. “I kept waving at her behind the bench, and she was blowing me kisses. I think fans thought I was just waving at random kids. Other people started yelling my name and blowing me kisses,” said the NBA star.

Bella is Earl and wife Jennifer Freeman’s first child together.