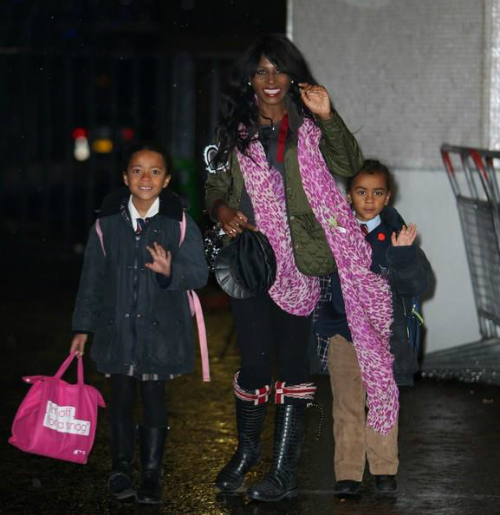 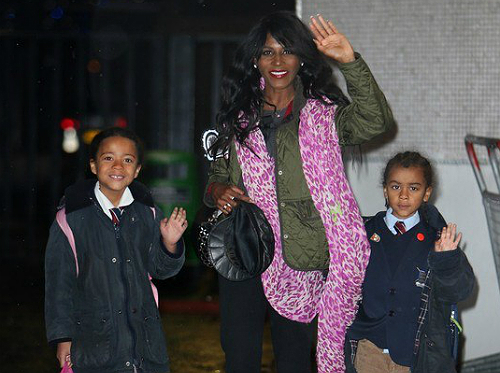 Sinitta and kids, Zac and Magdalena, are ready for their close-ups. The singer and her children wave to the cameras as they head home from a productive school day in London.

Sinitta was extremely disappointed when her attempts to adopt Zac and Magdalena’s baby sister failed in 2011. “It’s been hard to pick myself up and not be depressed, because I really believed that this baby, my children and I would all be together,” said the singer after her bid for adoption was denied. “But I have to want what is best for the new baby, and it does bring me comfort to know the baby will go to someone who is able to stay at home and be with them, as I was with my two.”

According to British law, a citizen hoping to adopt a child must commit to being at home with the child for 18 months after proceedings are finalized. During this period, the adoptive parent cannot work. Sinitta was unable to commit to losing work for nearly two years as she is financially responsible for Zac and Magdalena.

The brother and sister duo are the pop singer and ex-husband Andy Willner’s children.

HEAVENLY JERKINS GETS HER 'MJ ON '

HEAVENLY JERKINS GETS HER 'MJ ON '