Home » NEWS » ERYKAH BADU: ‘I DON’T KNOW THIS MUSIC BUSINESS WITHOUT MY CHILDREN’

ERYKAH BADU: ‘I DON’T KNOW THIS MUSIC BUSINESS WITHOUT MY CHILDREN’ 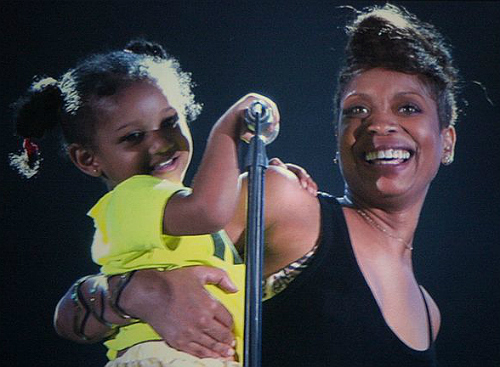 Erykah Badu is one with her children which makes her one with the music industry. The GRAMMY award-winning artist recently revealed to Arise that her kids-Seven, Puma, and Mars-help her identify herself with the industry.

“My first album [Baduizm] came out February 1997, second album Live came out November of the same year, and the same day my son was born,” said the singer. “I spent the whole of my first pregnancy working at the beginning of my career. I had to breastfeed on tour and create a home on the tour bus – I don’t know this music business without my children. And being a doula [an assistant to a mother giving birth] I have to be like water, always going out of the way to help. But when I am on stage I am a different kind of servant, I am the mother and the audience is helping me give birth.”

While she may have struggled with music writing, Erykah told Arise that the gift of lyrical creation is her fifth element. “Music is almost like the fifth element, it brings about emotion and change in many ways,” explained the artist. “The frequency of music is specific; each note has its own vibration that can be measured. Certain notes, tones and melodies make us feel a certain way, some we connect with and others we don’t, maybe because of the rhythm inside of us. I write lyrics according to what the music makes me feel.”

Seven is Erykah’s eldest child and only son. Puma and Mars are the singer’s daughters.

GABRIEL AND NAHLA MAKE A RUN FOR IT