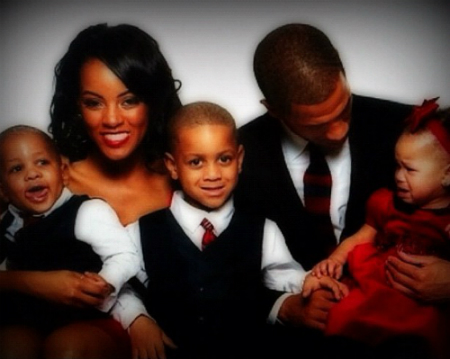 It’s been nearly a year since ‘Basketball Wives’ star Malaysia Pargo launched her jewelry line for children, and all is well for the CEO and mother of three. Malaysia recently told Sister 2 Sister magazine that she named the line ‘Three Beats’ because her children are “the three heartbeats after my own heart.”

When asked about her decision to create extravagant jewelry for kids Pargo said, “I wanted my jewelry to be a keepsake piece, something you pass down from line to line—I wanted it to mean something. I felt like it was a market out there, it was fun to do, [and] no one’s really doing it.”

So how does the newly CEO of ‘Three Beats,’ wife, and mother of three manage to meet career obligations and family needs? “What I do is when I am at work, I’m at work, [and] when I’m at home, I’m at home. I’m a wife first, mother second and a worker last.”

Pargo’s jewelry is sold at the Cosmopolitan Hotel, Jason’s of Beverly Hills, and on her website. The reality television star is currently working on a women’s line, expected to debut later this year. A portion of the proceeds from ‘Three Beats’ goes to enrich the lives of children at the Watts-Willowbrook Boys & Girls Club.

BRANDY AND DAUGHTER ATTEND 'FOR SISTERS ONLY' EVENT

BRANDY AND DAUGHTER ATTEND 'FOR SISTERS ONLY' EVENT