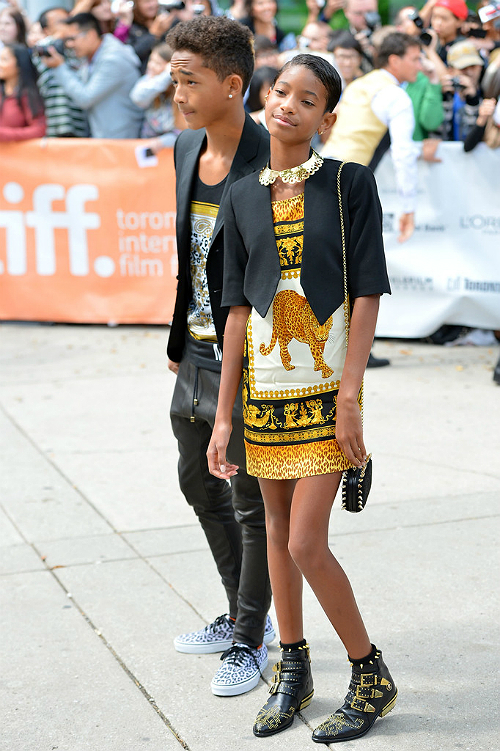 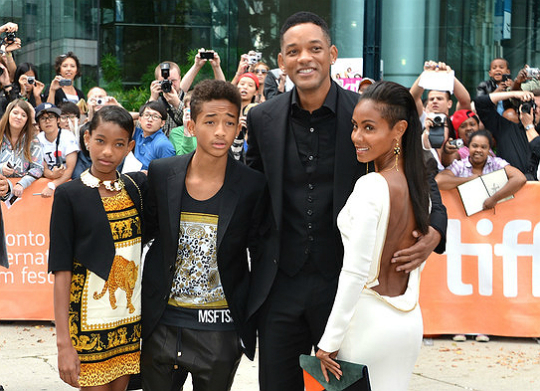 Will Smith along with wife Jada Pinkett-Smith and their children Willow,11, and Jaden,14, showed their support for the arts over the weekend. The ‘Men In Black’ actor and his family attended the ‘Free Angela and All Political Prisoners’ debut at the Toronto International Film Festival on September 9, 2012, and the entire clan looked great. Jada stunned the crowd in a white dress that exposed her back, while Willow rocked her animal-printed dress and black boots. Jaden and Will were cool as ever in their black blazers.

Will has invested a lot of time and energy into promoting ‘Free Angela’ as he is a fan of film director, Shola Lynch. ‘Free Angela and All Political Prisoners’ tells the story of Angela Davis, a radical activist who was imprisoned in the 1970s.

Davis was in attendance at the documentary’s debut, and snapped a few pics with the Smith family.

SOLANGE AND SON HAVE A FUNTASTIC TIME AT FASHION SHOW

SOLANGE AND SON HAVE A FUNTASTIC TIME AT FASHION SHOW