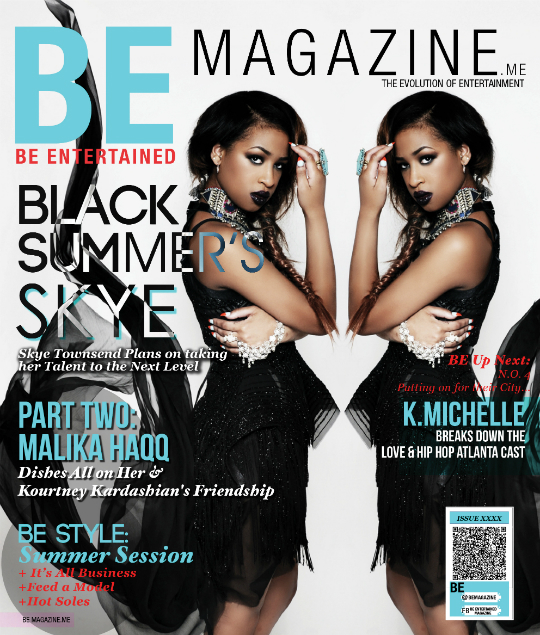 Singer/Actress Skye Townsend covers BE Magazine’s 40th Web issue. In the issue, the daughter of acting legend Robert Townsend talks about how she is trying to carve her own niche in the industry.

“Without a label, I’ve already worked with some of the biggest producers in the game who are responsible for helping me find myself as an artist. Eric Hudson, Warryn Campbell, Soundz, Kevin Randolph, Mike Ciro, Rock City, Remo “The Hitmaker” Green, Omen, & Young Yonny…,” she says.

She adds, “I’m working on my first film and looking into another. I should be acting in my first independent film at the end of the year.”

The teen star recently released her first EP,”Vomit”, with a debut song/video titled “It’s Normal”.   She will be releasing her second video soon.

“On a serious note, my next video “Go Fish!” (ft. Karina Pasian & Chris O’Bannon) covers physical abuse and unhealthy relationships. The video is an aggressive black and white action filled video. It’s meant to encourage, enlighten and educate anybody who may not have the strength to move forward.”

DAVID OTUNGA AND SON ARE TWO OF A KIND

DAVID OTUNGA AND SON ARE TWO OF A KIND