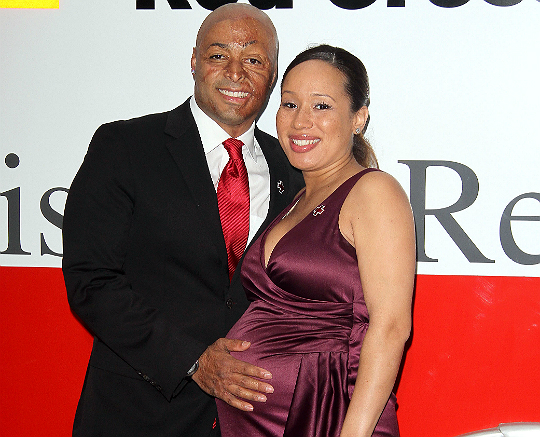 Parents-to-be JR Martinez and Diana Jones were in attendance at The American Red Cross of Santa Monica’s  Annual RED TIE AFFAIR gala fundraiser held at The Fairmont Miramar Hotel in Santa Monica, California on April 21, 2012. The two were dressed to impress for the event.

Every year the Santa Monica Red Cross Chapter works feverishly to raise funds for families in need of emergency assistance. This year the Chapter’s Red Tie affair raised $500,000 with 450 attendees contributing to the cause.

Josh Duhamel, Kendra Wilson, and Susan Blakely were also in attendance at the event. Actor Denis Leary was one of several celebrities to be honored for extraordinary service to the community.