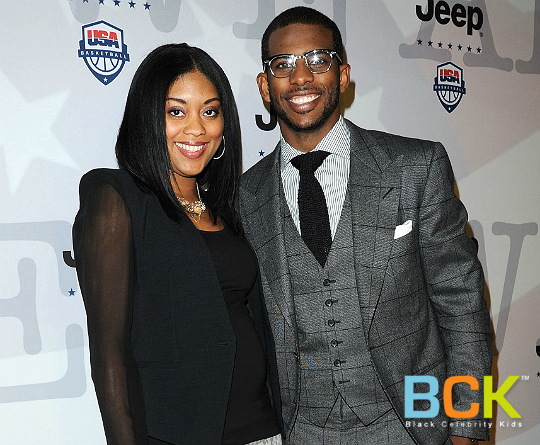 Updated: 4/24/12: NBA Star Chris Paul and his wife Jada Crawley have confirmed that they are expecting a baby girl this summer. Jada tells Essence magazine, “Chris, Lil’ Chris and I are excited about the new addition to our family that is coming this summer. “Lil’ Chris is already kissing my stomach and talking to his new sister.”

Originally Posted on 4/23/12:
Are Jada Crawley and Chris Paul expecting baby number 2? Maybe so. The two lovebirds were photographed with their 2-year-old son Christopher Emmanuel II on Sunday, April 22, 2012 at the Jeep Brand and USA Basketball Presents Power Forward event in Los Angeles, and Jada appears to be sporting a baby bump. 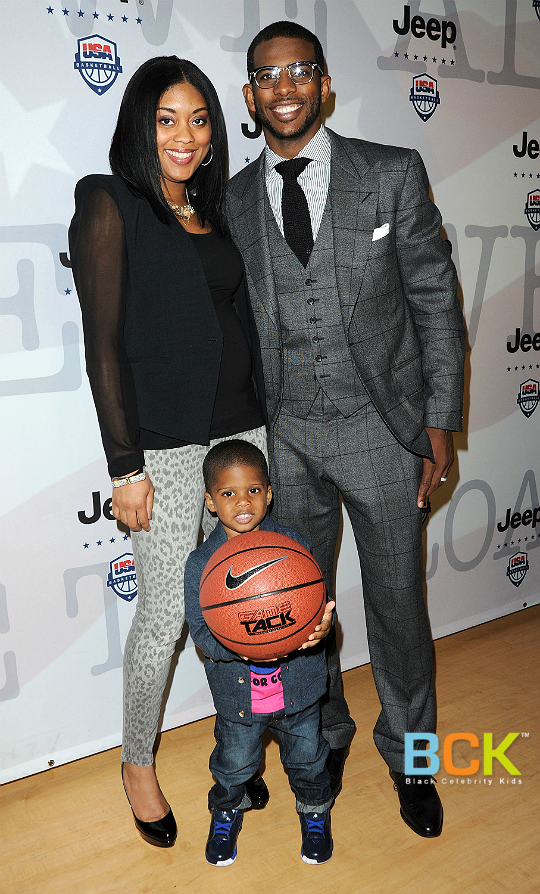 Jada and Chris married on September 10, 2011, two years after giving birth to Chris II. When asked about the criticism that sometimes comes with having a child out of wedlock, Jada said, “People can say, ‘They had a baby out of wedlock’ but when I got pregnant, Chris’ clubbing came to a halt because he wanted to be a good father. And being a good father meant being a better boyfriend.” For Chris Sr., “Becoming parents made us closer.”

Paul and Crawley met in college and spent several years as boyfriend and girlfriend before deciding to marry or have a child.

TARAJI HENSON TALKS 'THINK LIKE A MAN' AND MOTHERHOOD

TARAJI HENSON TALKS 'THINK LIKE A MAN' AND MOTHERHOOD