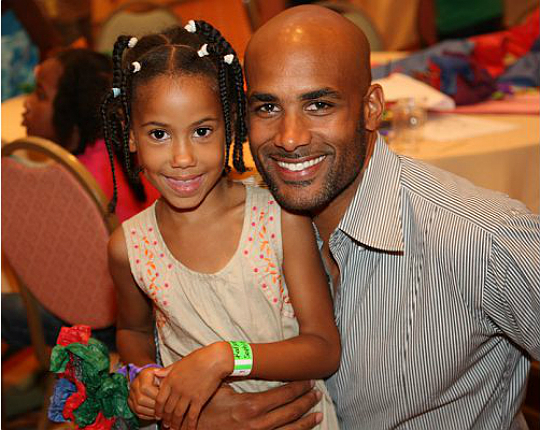 Boris Kodjoe and Nicole Ari Parker are entertainers and parents of 6-year-old Sophie and 5-year-old Nicolas. The actor and actress recently sat down with Theater Mania to talk about their family.

PHOTOS:Check Out Archived Pictures Of The Kodjoe Family

Nicole is currently making her debut on Broadway in A Streetcar Named Desire. Although she and Boris could have moved the whole family to New York for the gig, they decided to remain in Los Angeles and travel to New York when necessary. When asked about the motivation behind such decision, Boris said, “[The kids]have their own life, with school and sports and music and arts, and we wanted to keep that stable. And also, we knew what it would take for Nicole to really do a good job in this show. She might go to sleep at 3am, and the kids are up at 6, and they don’t care if she slept two hours. So I think it was important for us to support her and step aside so she can get the preparation she needs to play this part.”

Nicole also commented, “Doing this show would not be possible if Boris didn’t agree to take care of the kids. Everyone keeps asking ‘are you exhausted’ or ‘how do you stay on stage for 3 hours, 8 shows a week,’ but this is the greatest thing that’s ever happened to me. I don’t care if I’m delirious or have the same clothes on for three days. But the only thing that’s ever kind of made me a little uncomfortable these past few weeks was not seeing my kids. But I know they’re happy and safe and Boris brings them to see me as much as possible, and when school’s out they’ll come here for a while. We’re working it out.”

Although she is enjoying much success now, Nicole has experienced her share of disappointments in the business. When asked about her first heart-wrenching moment in Nicole said, “I was flown out here [New York] by the network for a TV pilot for Aaron Spelling, and I remember literally leaving the audition and knowing I had the job. And when I got back to the hotel room, they called and said it went to the other girl. And I remember crying in the bathroom! That was my first lesson in ‘you just never know.’ It’s not how pretty you are or how talented you are. It’s that if these five people on this day in this room like you, then you get a job.”

Although Boris and Nicole have managed to push through the pain and score many gigs in their careers, they would not want their children working in the entertainment industry. As Nicole explains, “what you will learn by the time you’re 40 is that it’s not show art, it’s show business. And while I put my daughter and son in theater camp, because I think theater is fantastic, what I’m really saying “no” to is the business. It’s very hard on a young person. I have a real no-nonsense dad who taught me how to be resilient at a very young age. But I don’t know how tough they are yet. Their life has been pretty easy. I would hate for Sophie to go on a commercial audition and be told no because she’s not cute enough or something.”